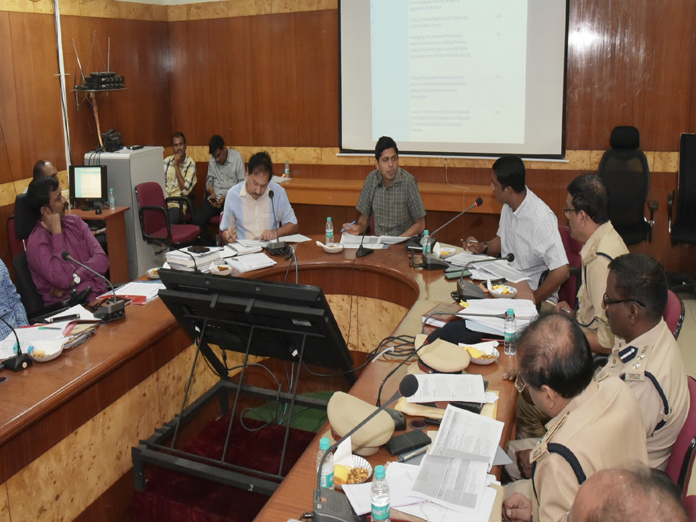 Visakhapatnam: Collector K Bhaskar on Thursday conducted a Road Safety Committee meeting with the officials of various departments at the Collectorate.

Speaking on the occasion, the Collector advised the traffic police wing to create awareness on road safety, traffic rules, traffic signals and zebra crossing among school students. He said the road safety lies on the shoulders of traffic police and asked them to check upon the condition of the roads and send photos with geo-tags of black spots and potholes to engineering department.

Stressing on the Highway Safety, the Collector directed the traffic police to place sign boards, radium stickers and traffic signals alerting the commuters and motor riders and construct speed breakers at necessary places to avert mishaps. He asked the police to maintain the details of four-wheelers in the city and the vehicles should be inspected regularly by the GVMC, police and roads and building departments.

He said stringent action would be initiated against negligent RTC bus drivers, who are responsible for accidents on the roads. If any driver was caught with cellphone driving and rash driving, he asked RTC officials to dismiss them from duties, if necessary. He also advised the officials to organise training sessions on road safety and traffic rules to RTC bus drivers.

Addressing on the illegal construction of Shopping malls without having parking facilities and GVMC permit, the Collector ordered the VMRDA engineers to submit a report on the issue. He asked the Road Safety Committee for the formation of a three-member committee to analyse the reasons for road accidents and an audit report should be sent on every first Tuesday, which will be reviewed on second Tuesday of the month.