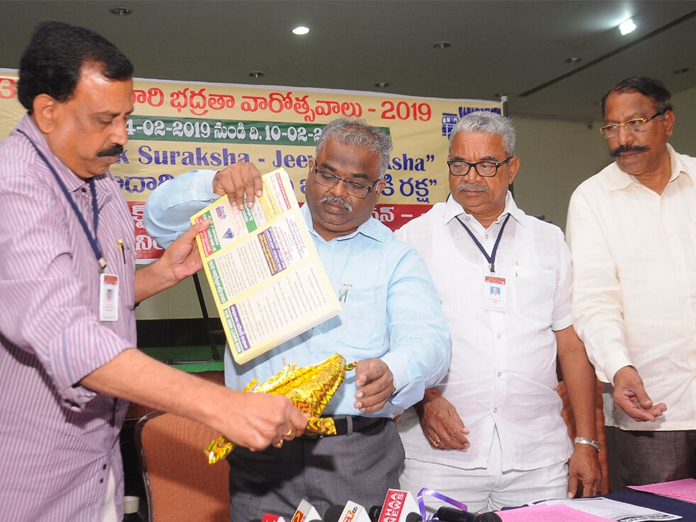 Vijayawada: Deputy Transport Commissioner A Meera Prasad said that road accidents could be avoided only by creating proper awareness among the people about safe driving.

He launched the 30th Highway safety week organised by the Krishna District Lorry Owners Association here on Monday in which a brochure was released on Highway safety on the occasion.

Addressing the media, Meera Prasad said that road mishaps could be prevented by following highway safety rules. Traffic rules should be followed by both vehicle drivers and pedestrians, he said and added that all four-wheeler drivers should feel the responsibility of wearing a seat belt and riders of two-wheelers should wear helmet.

He said that one should not park vehicles on the highways at the ‘No Parking’ areas and avoid taking a wrong route which would end up in accidents.