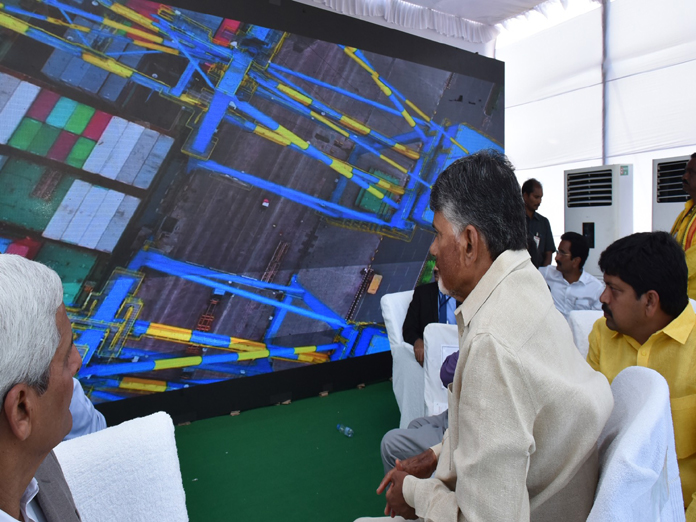 The Chief Minister recalled that the port has great history as the exports and imports were done during the period of Sathavahana period. The people of Machilipatnam area migrated to various other parts of the country after the port was neglected. Even though Machilipatnam was the district headquarters, it has lost its popularity and population, the CM said.

Giving assurance to the people of Machilipatnam, he hoped that the port would revive the development and past glory. Stating that civilisations thrived along the seashore or on the river banks, the chief miniter said that the ports are also being established in the particular locations.

Chandrababu Naidu said that Navayuga company was completing Polavaram project works at a brisk pace and it has already created new records in the Guinness Book in the construction process.

He complimented Navayuga company chairman Visweswara Rao for coming forward to take up the port works. He also thanked the farmers of Machilipatnam area for sacrificing lands for the port construction. He asked the people to extend cooperation to complete the works as early as possible.