‘Madhurapudi airport to be upgraded’ 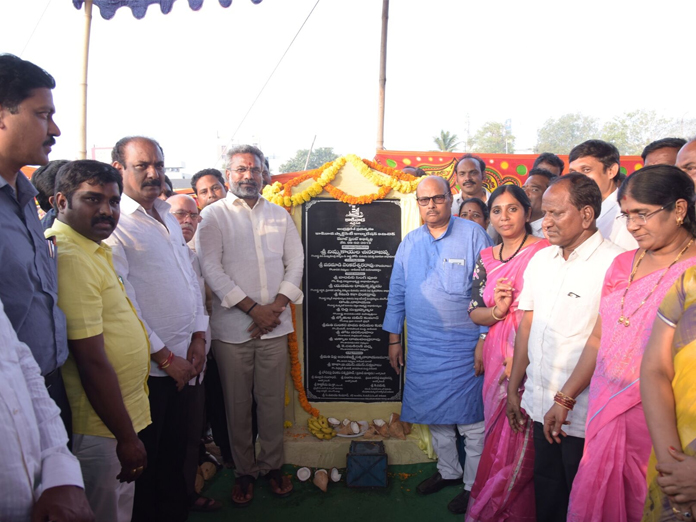 The Madhurapudi Airport in the district will get an international airport tag, announced Finance Minister Yanamala Ramakrishnudu

Kakinada: The Madhurapudi Airport in the district will get an international airport tag, announced Finance Minister Yanamala Ramakrishnudu.

Participating in various developmental works in Kakinada town and surrounding areas on Saturday evening, he said that at present, Rs 1,000 crore worth ongoing smart city works would strengthen Kakinada city to meet the future needs.

With regard to the Madurapudi airport, Yanamala said that expansion of runway has been taken up by providing an additional 800 acres of land and it would be upgraded into an international airport soon.

This will develop air cargo also in the region, the minister observed.

The minister also said that the industrial development was taking place in addition to agriculture development in the district.

The proposed commercial port and the HPL petro corridor will be established with Rs 63, 000 crores.

Kakinada SEZ will provide employment to locals in large scale, Yanamala observed. Earlier, the minister laid foundation stones to some works and inaugurated a few other works, all worth Rs 153 crore.

These include foundation stone for Godavari Kalakshetram and the Science Centre at the Raja Tank and inauguration of Pratapnagar bridge and Kothapeta fish market which were taken up with smart city funds.