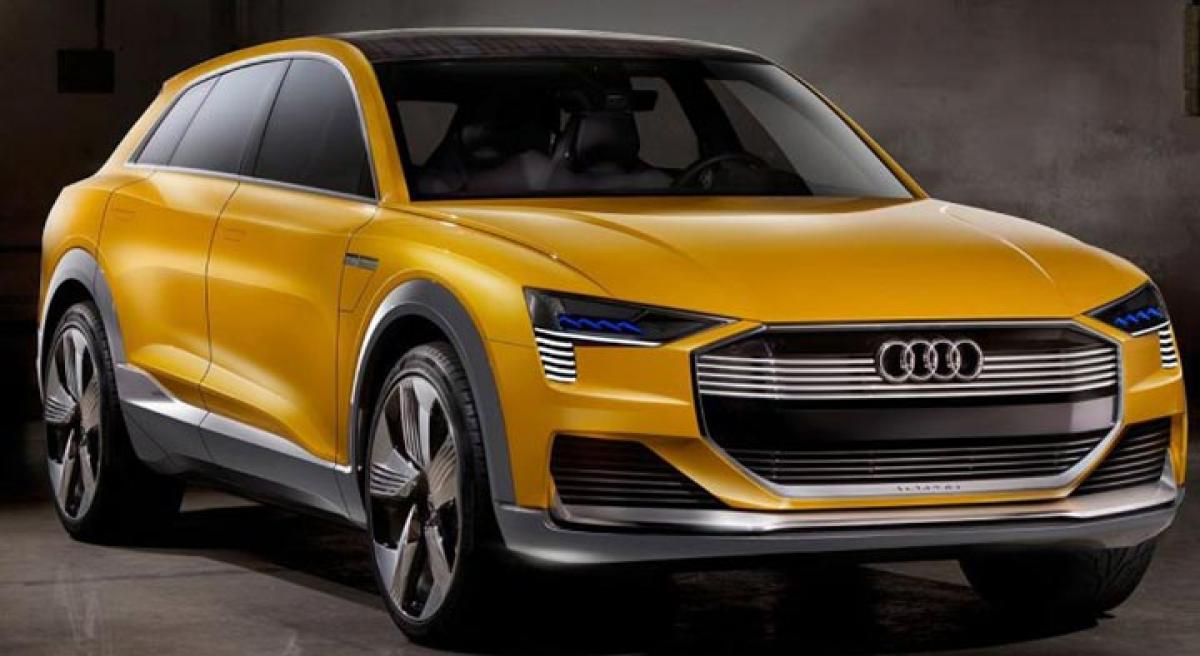 The h-tron Quattro concept is also based on the modified MLB platform that is set to underpin the next-gen Q5 with the hydrogen fuel cells stored in three carbonfibre-reinforced plastic tanks with the largest resting in the central transmission tunnel. The stack consists of 330 individual cells and develops a nominal 110kW (148bhp) of electricity.

The fuel cells are assisted by a 1.5kWh battery mounted under the passenger compartment that provides an additional boost of 100kW (134bhp) for short periods. The power output is through a DC converter mounted in the engine bay to equalise the power out before supplying it to the electric motors.

The car uses two electric motors, one mounted on each axle to propel the car. The front-mounted motor is rated at 121bhp while the rear motor develops 188bhp with each motor using a single-speed planetary gearset as a differential. Audi says the total system output of the car is 282bhp and 56.13kgm of torque with the car being able to sprint from 0-100kph in under seven seconds and a restricted top speed of 200kph.

The h-tron Quattro concept features a five-link suspension front and rear with air springs and offers adaptive damping and self-levelling function. The car comes equipped with rear-wheel steering. The h-tron Quattro concept is expected to give rise to a production hydrogen fuel cell vehicle sometime in 2020 that will rival models like the Toyota Mirai and Honda FCV Clarity.