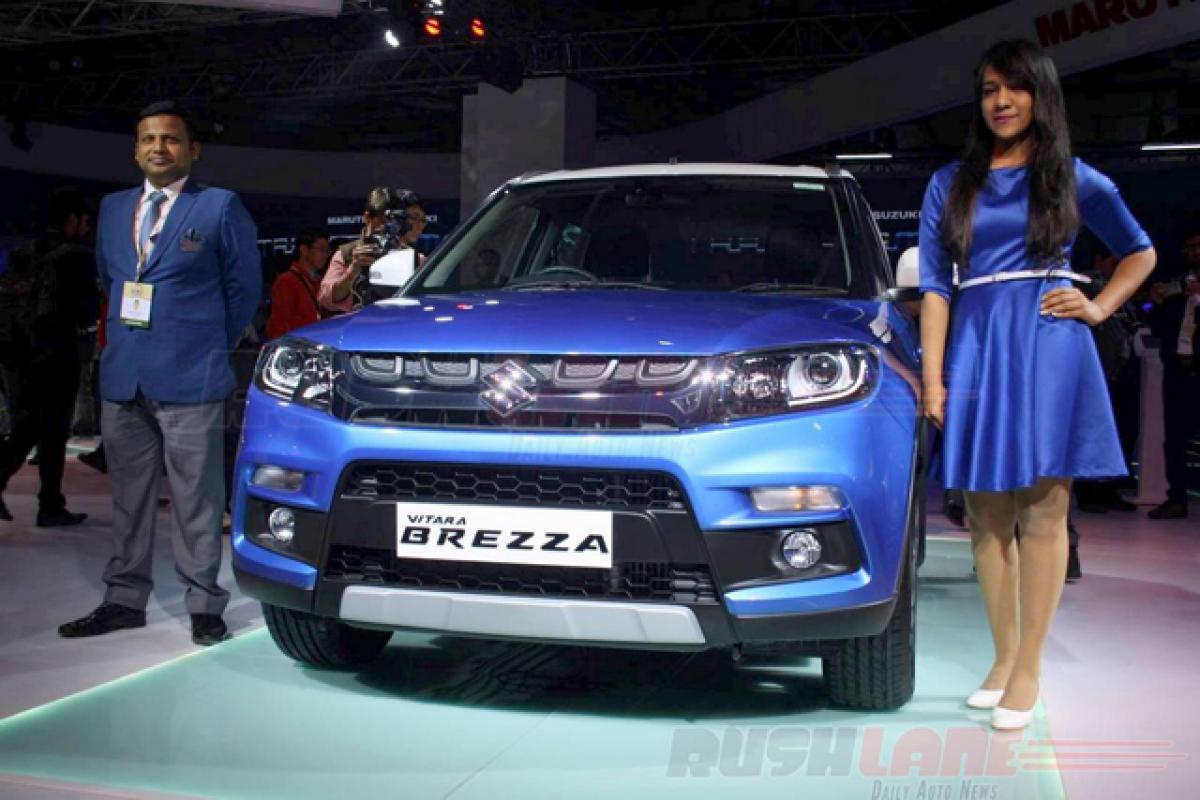 To compete in the sub 4 meter SUV segment, Maruti Suzuki Vitara Brezza will be offered in six variants – LDi, LDi (O), VDi, VDi (O), ZDi, and ZDi +. It will be powered by a 1.3 liter multijet diesel engine that is also seen on some other Maruti Suzuki cars.

To compete in the sub 4 meter SUV segment, Maruti Suzuki Vitara Brezza will be offered in six variants – LDi, LDi (O), VDi, VDi (O), ZDi, and ZDi +. It will be powered by a 1.3-liter multijet diesel engine that is also seen on some other Maruti Suzuki cars. This engine is capable of 89 bhp peak power at 4000 ron and 200 Nm peak torque at 1750. It will be mated to a five-speed gearbox.

Maruti Suzuki Vitara Brezza borrows design cues from Maruti Suzuki XA Alpha concept that was showcased at the 2012 Auto Expo. It will sport projector headlamps, LED daytime running lights, vertical slats on chrome radiator grille and a chrome strip at the rear with the name Vitara Brezza written across it.

Other exterior features include flared wheel arches, wrap around tail lamps, roof mounted spoiler and specially designed air intakes will also be evident. Top of the line variants will get contrast colours, roof rails in gun metal finish, blacked A, B and C pillars. Apart from these, there will be multiple customizations on offer – Glamour, Urban, and Sporty.

Developed at an investment of INR 860 crore, Maruti Vitara Brezza is the first ever Maruti car to be completely designed in India. It has 98% localization level, which will help Maruti price the car aggressively. Speaking about dimensions, it is 3995 mm long, 1790 mm wide and 1640 mm tall. It has a ground clearance of 198 mm, wheelbase of 2500 mm and a boot space 328 liters.

Interiors feature an all-black treatment, as seen in the photo above. Maruti Suzuki describes the interior as bold, impressive and contemporary. Features on the inside include cockpit styled instrument cluster with mood lights, smart play infotainment system, sports seats. Safety will be at a premium too, as driver airbag is standard on all variants while ABS and the passenger airbag are offered as an option on all variants.

Maruti Brezza will compete with Ford EcoSport and Mahindra TUV300. It will be on sale through regular company dealerships and not through NEXA dealers, as was seen in the case of the Maruti S-Cross.

Sales of the Maruti Suzuki Vitara Brezza are expected to commence in March this year, soon after the Auto Expo while prices are slated to be in the INR 6-9 lakh range.