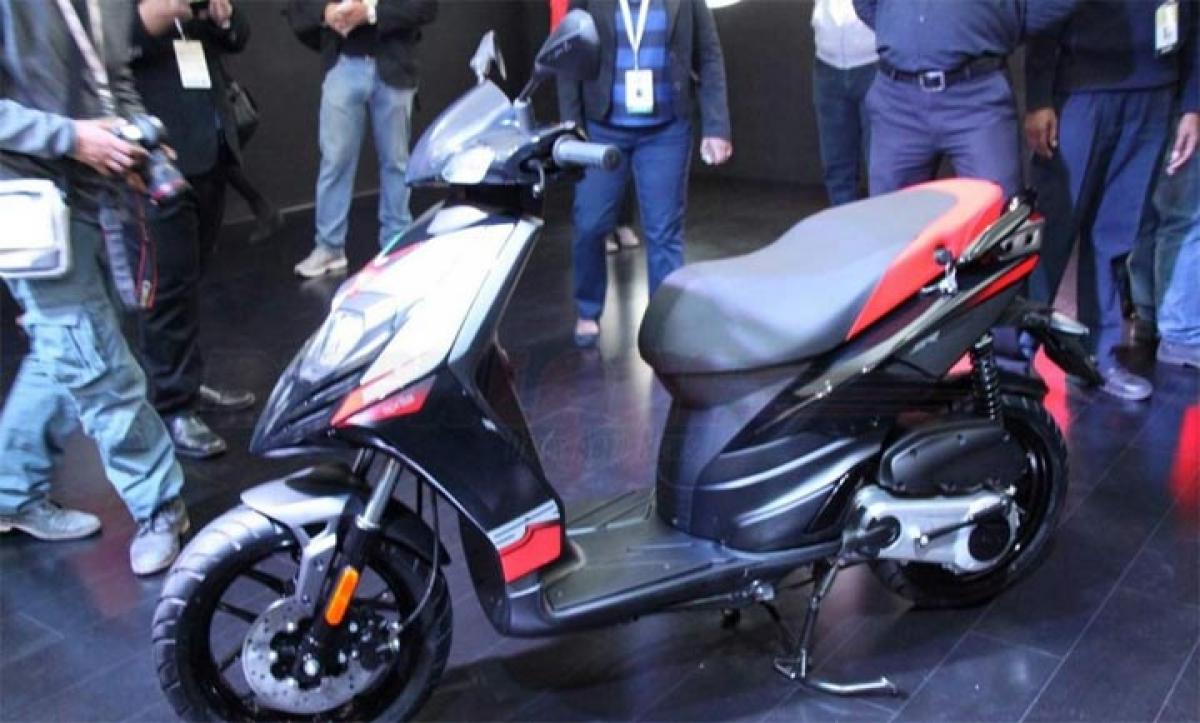 Piaggio India has unveiled multiple new products from Vespa to Moto Guzzi at the 2016 Auto Expo.

Specially targeting the young generation of riders in the country, with this new automatic scooter Piaggio India has ensured that a number of exciting features are incorporated into its design. Sitting on large 14” black alloy wheels the rider gets to experience all the conveniences of an automatic scooter with the feel of a sports bike.

Sharp lines, contrasting red / black and white / red color schemes are on offer adding to its sporty stance while at the front large 220mm disc brakes are being offered. Where engine specifications on the new Aprilia is concerned, a 150cc engine offering 12 PS power, also seen on the Vespa 150, is on offer.

Piaggio India plans on opening four Motoplex stores across India by March 2016. These Motoplex stores will have their brands Vespa, Aprilia and Moto Guzzi on display while offering visitors a fascinating experience of style, technology and heritage of two wheelers made in Italy. Piaggio plans 90 such stores across the globe by the end of this year.