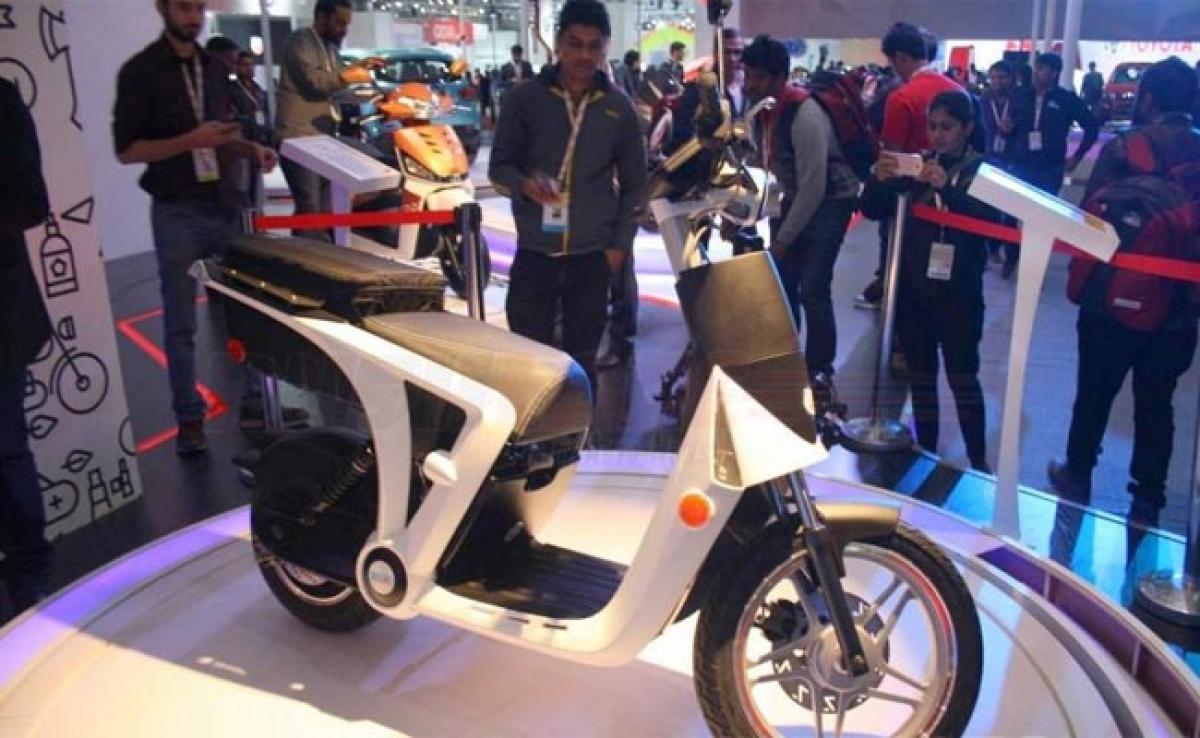 Mahindra GenZe 2.0 electric scooter is powered by a removable lithium-ion battery which can be recharged via a standard electric outlet. It comes in an innovative new design with a host of storage spaces. Weighing less than 232 pounds, Mahindra claims GenZe 2.0 offers better handling as compared to any motorized two-wheeler in the segment.

It is capable of attaining a top speed of 50 kmph. The battery pack with integrated charger weighs 31 pounds and offers a range of 30 miles with the ability to charge while on the go. Acceleration is quick while the electric scooter proves to be extra efficient in stop/go traffic conditions.

On display at the 2016 Auto Expo in Greater Noida, the Mahindra GenZe 2.0 electric scooter gives a peek into what Mahindra could bring to their scooters on offer in India.