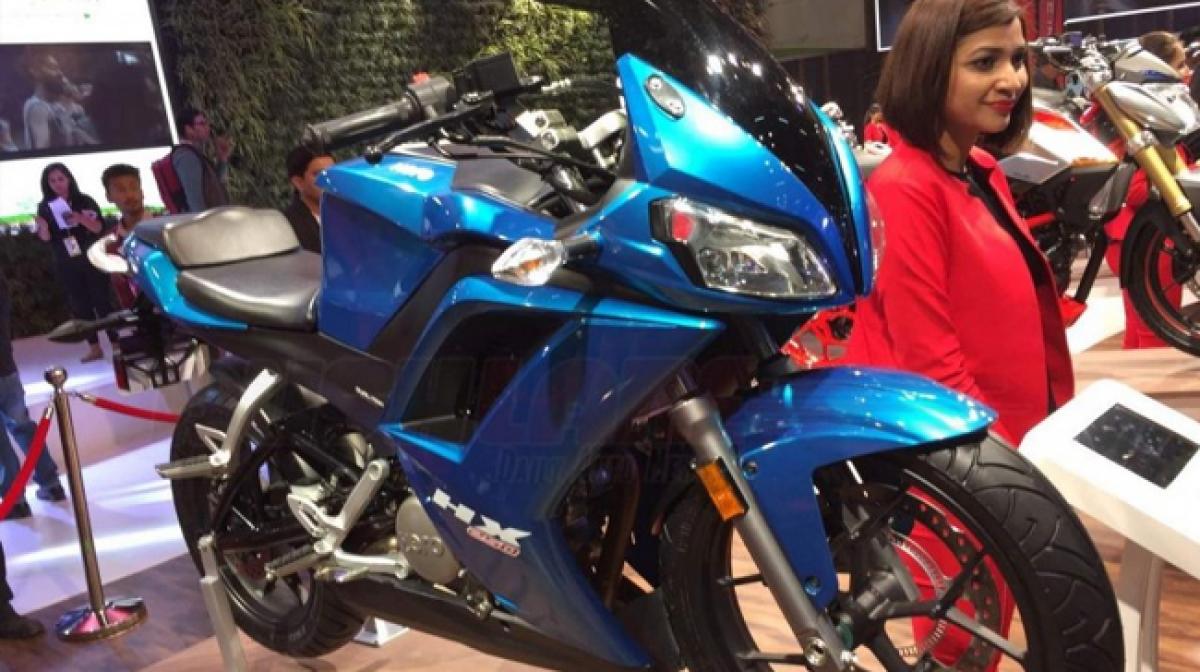 At 2016 Auto Expo, Hero MotoCorp has revealed the pre-production variant of their 250 cc motorcycle, HX250.

Delhi: At 2016 Auto Expo, Hero MotoCorp has revealed the pre-production variant of their 250 cc motorcycle, HX250.

The HX250R which was unveiled back in 2014 has been under development by Hero Motocorp’s erstwhile technical partner EBR (Erik Buell Racing) which is currently in a dismantled state (probably this could be the reason why Hero MotoCorp has dropped the R from HX250R’s name). Though, the Indian automaker has acquired EBR assets pertaining to its product development and this process is one of the main contributing factors to the delay in launch.

The bike is powered by a 249 cc single-cylinder air-cooled fuel-injected engine which produces an impressive 31 bhp and 26 Nm of torque. Transmission is via a 6-speed unit. Thanks to the light kerb weight of 136 kg, the latest Hero can dispatch 0-60 kmph sprint in 2.7 seconds.

The KTM RC 200 rival is equipped with regular telescopic front fork and a rear mono suspension. Braking is courtesy of a disc at each wheel, governed by dual-channel ABS. The sportsbike comes equipped with upmarket Pirelli Sport Demon tyres.

The Hero HX250 is expected to go on sale in the coming months, probably during the festive season, with an estimated price of around INR 1.5 lakhs (ex-showroom).