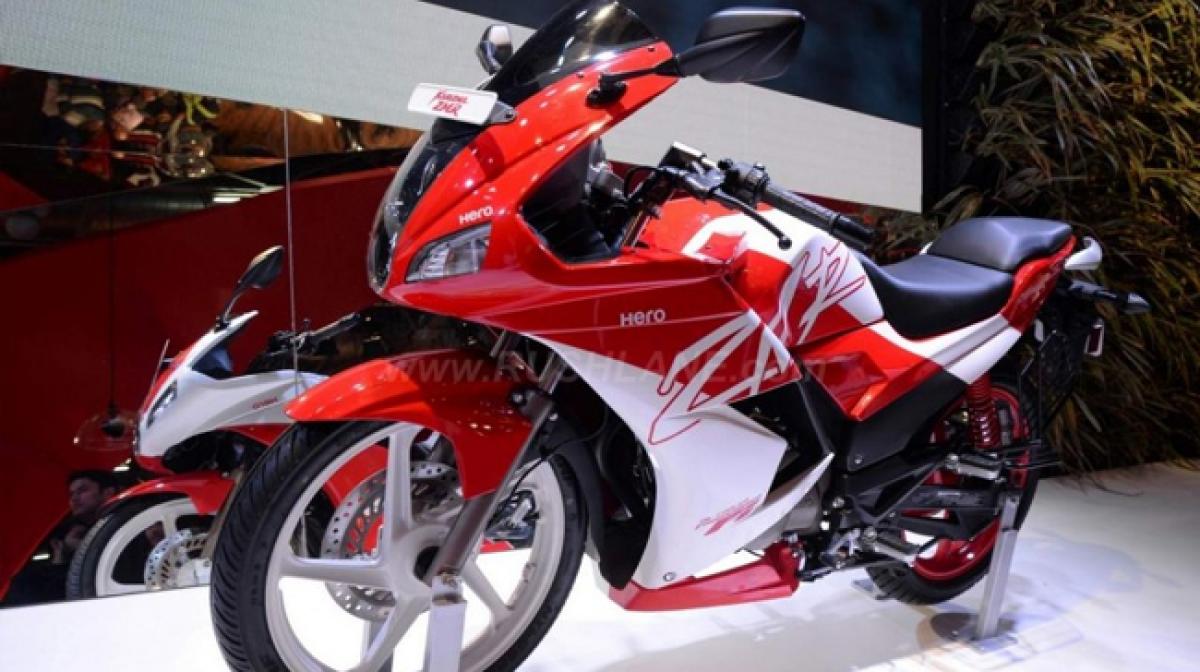 Dealerships across India are in stock clearance mode and production of the duo is reportedly halted due to low demand.

Dealerships across India are in stock clearance mode and production of the duo is reportedly halted due to low demand.

The Hero Karizma R and ZMR may have been discontinued for now due to poor demand but the two wheeler giant doesn’t seem to have given up on its popular nameplate just yet. At the 2016 Auto Expo, the company is showcasing dual-tone versions of both Karizma variants alongside its big ticket exhibits.

The semi-faired Karizma R gets white and black livery with a bit of orange in the mix while the fully faired Karizma ZMR sports red and white livery. The front wheel is painted in white while the rear settles of red color. Apart from these cosmetic tweaks, there are no changes to the motorcycles which lost their charms when they adopted a new design.

The overall styling is widely considered to be bland and these dual-tone color themes improve things only by a bit. The Karizma twins are in dire need of a comprehensive cosmetic overhaul to regain the lost fan following.

The Karizma R is powered by a 223 cc air-cooled engine which employs a carburetor to produce 19.2 bhp and 19.35 Nm of torque. The Karizma ZMR benefits form electronic fuel injection system and an oil-cooler to generate 20 bhp and 19.7 Nm of torque. Both motorcycles are equipped with a 5-speed transmission.

Given that Hero Motocorp is planning to address the compact sportsbike segment with fresh projects such as the Xtreme 200S, HX250, XF3R concept, we don’t expect the firm to give much thought about the Karizma twins as of now.

This article was first published on rushlane.com