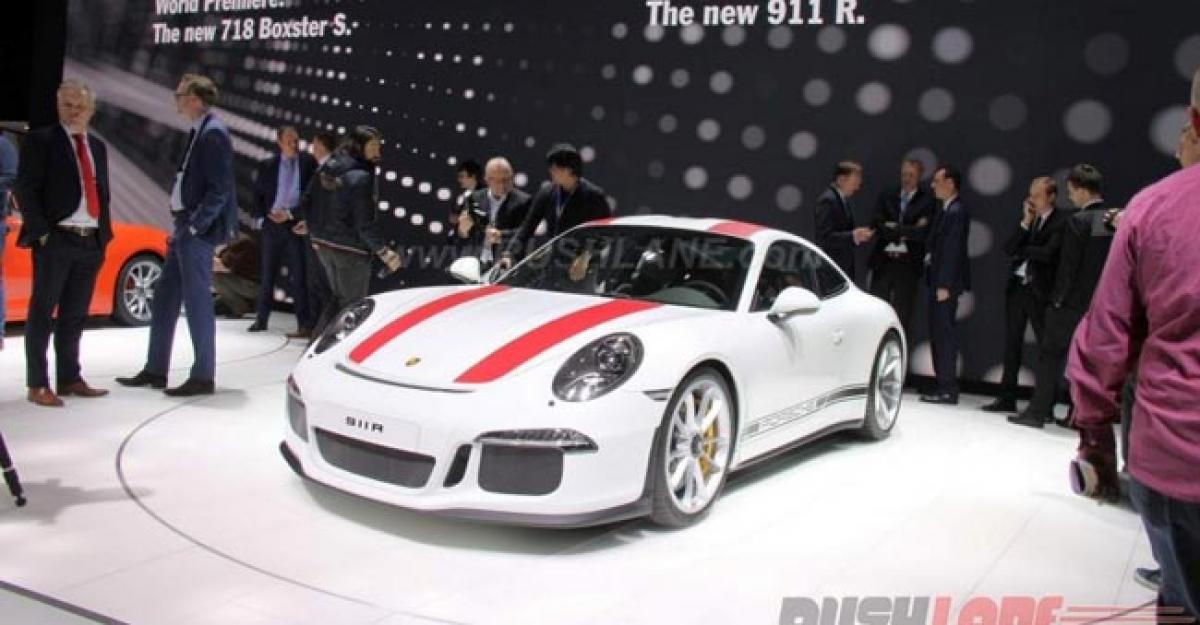 The ‘R’ in the 911R stands for ‘Racing’ and everything has been done to make it a motorsport marvel.

The ‘R’ in the 911R stands for ‘Racing’ and everything has been done to make it a motorsport marvel.

Porsche has unveiled the newest version of its iconic sports car – The Porsche 911R – at the ongoing Geneva Motor Show 2016 for the very first time ever. The Porsche 911R will be a limited edition production of 911 cars, due to start production in Zuffenhausen, Germany, in May.

The 911R is breaking the tradition and coming out with a six-speed manual transmission. Apart from that, 911R is also void of the rear seats, which is in line with the intent of producing a car, which is the lightest 911 as of yet and hence giving it as good a feeling of a motorsport car as ever.

Apart from the rear seats, host of other cosmetic features are missing which would have added to the bodyweight including the Air-conditioner and the Radio. Obviously, these can be installed if required.