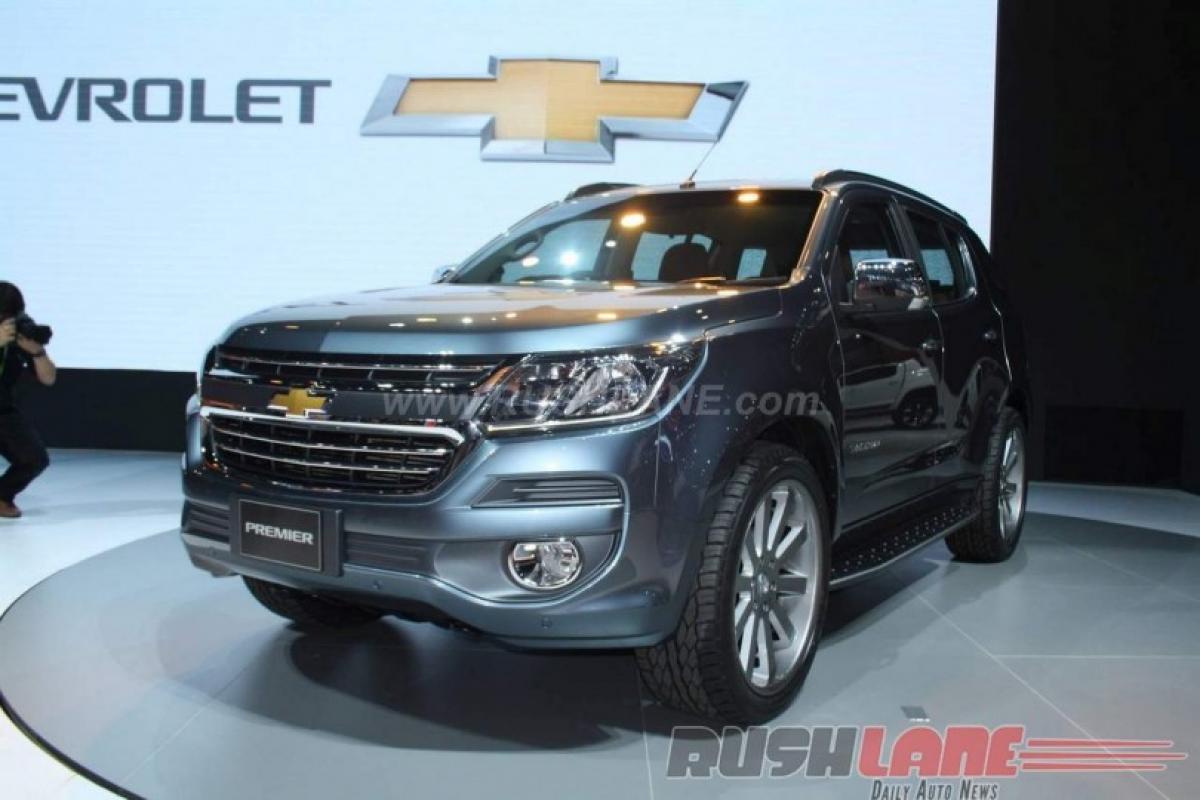 Compared to the existing Chevrolet Trailblazer, the facelift Trailblazer gets a much angular and sporty design.

For example, the front of 2016 Chevrolet Trailblazer Facelift Premier Concept has been completely revised. From bonnet design to the lower bumper, everything has been given a makeover. Moving to the side, new Trailblazer gets sporty new alloys with lower profile tyres, it also gets aluminium side step and chrome door handles. Read design features revised taillamp, new bumper and a floating roof spoiler with LED stop light.