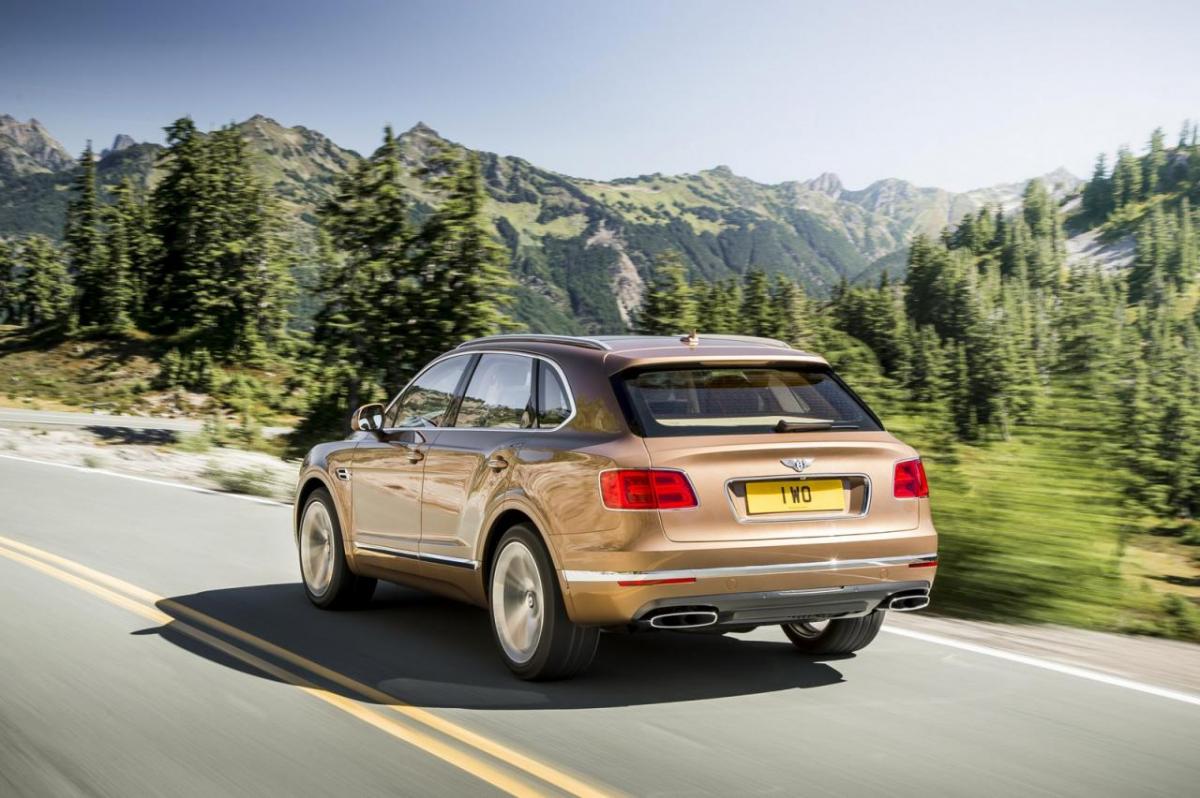 Sporting a Bronze shade of exterior paint, the Bentayga is based on the new MLB-Evo platform that is also seen on the new Audi Q7. Bentayga measures 5,141mm in length, 2,223mm in width and 1,742mm in height and sits on a wheelbase of 2,992mm.

It is powered by a new twin-turbocharged 6.0 liter W12 engine offering 600 hp peak power and 900 Nm peak torque mated to an 8 speed transmission. Acceleration from 0 to 100kmph is achieved in 4.1seconds while top speed stands at 301 kmph. Fuel efficiency stands at stands at 7.63 kmpl which could go down to about 3-4 kmpl on Indian road conditions.

Bentley Bentayga SUV sports LED headlamps and roof rails. It also sports a new tailgate with sloping rear window while interiors boast of full leather with a choice of 4 veneers. Exteriors also sport a matrix front grille, B shaped side vents and dual tailpipes along with a roof integrated spoiler.

Folding heated seats at the rear, driving modes, air suspension with continuous damping control and a panoramic tilt/slide sunroof with electric blind are among its key features.

Electric power steering, powered tailgate, soft close doors and electric seatbelt adjustment with comfort headrests are also seen in its interiors. Infotainment is in the form of an 8” touchscreen system with 60 GB HDD, navigation, voice control and text to speech facility. There will also be CD, MP3, SD cards, Wi-Fi connectivity, Touch-Screen Remote and other such facilities seen on the new Bentley Bentayga SUV. The Breitling Tourbillon clock seen on the dashboard, which is offered as option, costs INR 1.53 crore.

Bentley Bentayga SUV is a part of the company’s £840 million investment program and is being produced at the company’s Crewe manufacturing facility in the UK.