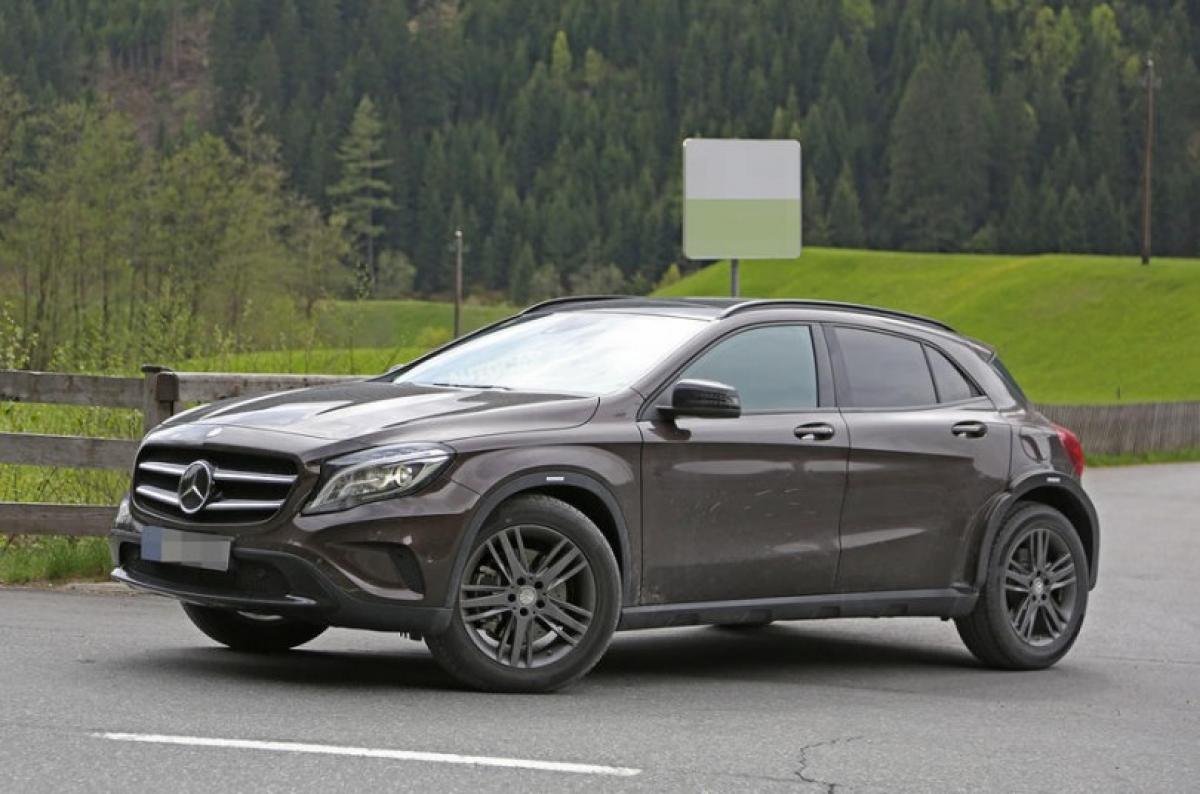 The Mercedes GLB is not likely to be launched before 2018.

A prototype of what is reported to be a Mercedes GLB (related to B Class MPV as per Merc’s latest nomenclature) has been spotted testing in Europe. The early test mule adopts the GLA’s body shell to stay away from prying eyes but the awkward fitting of the wheels in the arches point to slightly different underpinnings.

To be positioned between the smaller GLA and larger GLC, the new GLB’s existence has not been officially announced by the car maker yet. Such a model would complete Mercedes’ crossover portfolio and will compete in a niche segment without any direct rivals from its compatriots Audi and BMW, at least as of now.

The upcoming crossover will be based on the MFA front-wheel drive architecture which also serves the A family. Powertrain lineup is likely to be derived from the GLA. The lower variants will be available in FWD configurations while the top-end variants will benefit from 4Motion all-wheel-drive system. The GLB’s selling points will be more space and an SUV-ish stance.

With the Mercedes GLB, the car maker will be having a crossover at every possible size. If the new car receives good response in the global arena, BMW and Audi could also be following suit. Component sharing with the existing models would help Mercedes come up with a competitive price point.

The Mercedes GLB is not likely to be launched before 2018.