Aprilia SR150 Vs Competition In India 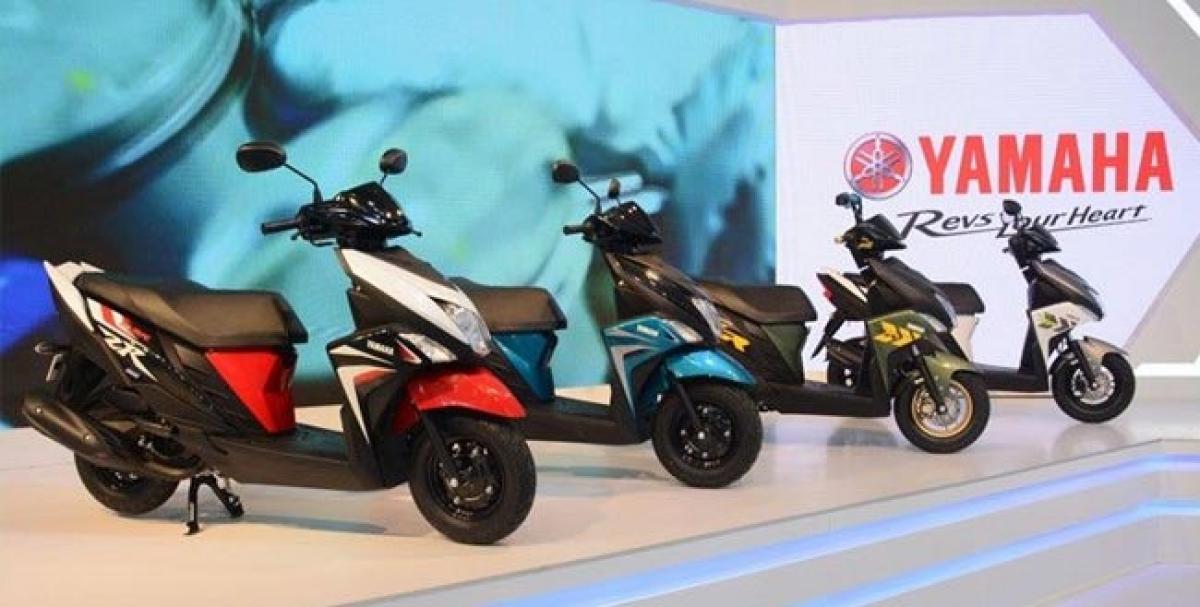 Though the upcoming Aprilia SR150 will be a one-of-its-kind scooter in India, it could be challenged on the features and sporty styling front by some contenders. So, here we are with a quick comparison of this exciting new Italian offering with the all new Suzuki Access 125 and the new Yamaha Ray-ZR.

Though the upcoming Aprilia SR150 will be a one-of-its-kind scooter in India, it could be challenged on the features and sporty styling front by some contenders. So, here we are with a quick comparison of this exciting new Italian offering with the all new Suzuki Access 125 and the new Yamaha Ray-ZR.

Besides the powerful 3-valve engine and an edgy styling, the Aprilia SR150 gets beefy front forks, large 14" alloys, fat tyres and a front disk brake. It gets an old school all-analog twin pod instrument cluster, which is not much interesting but easy to read. Being a performance oriented scooter, it doesn't get many of the convenience features which come with some of the latest offerings in India, like the all new Access 125 and the Yamaha Ray-ZR. These scooters come with comfortable seating for two, decent under seat storage, and bag hooks, which are missed on the upcoming Aprilia.

The rivals also feature alloy wheels and the front disc brake, but as an option extra. Moreover, the 2016 Suzuki Access 125 gets a more appealing digital-analog console and a mobile charging socket, which makes it better in terms of features. If we talk about the fuel tank capacity, Aprilia is offering the biggest fuel tank among the three, which can swallow 7-litres.

Powering the Aprilia SR150 is the 150cc air-cooled SOHC engine which also powers Vespa's 150cc scooters. Apart from Vespa, no other manufacturer is offering a 150cc scooter in the market right now, so there is no competition in terms of performance. The motor makes 12PS of power and delivers 11.5Nm of torque, which is more than sufficient for a scooter on Indian roads.

The Yamaha Ray-ZR is the least powerful offering in its segment, with a single-cylinder air-cooled 113cc motor. The motor churns out 7.1PS power and a peak torque of 8.1Nm. On the other hand, the Access 125 is powered by a 125cc motor that makes 8.7PS of maximum power and produces 10.2Nm of torque. The figures are decent but still much lower than the Aprilia SR150.

All the three scooters come with telescopic forks at the front, however, those on the Aprilia SR150 are beefier. Also, the rear shocks of the scooters are almost the same but differs in tuning and performance setup. The Yamaha Ray-ZR runs on 10" wheels while the Suzuki Access 125 gets larger 12" wheel at the front and the Aprilia SR150 gets even larger 14" wheels on both the ends. Where the sportbike-like alloys are standard in the Aprilia, Yamaha and Suzuki offer alloy wheels as an optional extra. The Ray-ZR comes with 90/90 section tubeless tyres which is also fitted at the rear end of the Access 125 that gets a 90/100 section one up front. The SR150 features higher grade 120/70 section rubber, the widest in the scooter segment in India, offering better grip.

Coming to the brakes, all three are available with a rear drum type unit and a disc type unit up front (optional in the Access 125 and the Ray-ZR). However, both the units are bigger in the Aprilia SR150, endowing it with better braking performance.

Looking at the price quotient, the upcoming Aprilia SR150 is the costliest among the three, but it still will be a steal at the introductory price of Rs 65,000. The all new Suzuki Access 125 in disc brake trim comes for around Rs 57,500 while the Yamaha Ray-ZR is even cheaper with a sticker price tag of Rs 54,500 for the disc brake variant. Now the Aprilia SR150 is packed with performance, styling, some interesting features, and, most importantly, it comes with the name of a world-class manufacturer, which makes it a good deal for young riders.

We haven't ridden the scooter yet, however, we can estimate the fuel efficiency by that of the Vespa 150cc scooters, which return a real world fuel efficiency between 40-45kmpl. The rivals here claim best-in-class fuel efficiency in their respective segments, and the real world figures are also slightly better, coming in between 50-53kmpl for both.