Hyundai Elantra: What To Expect 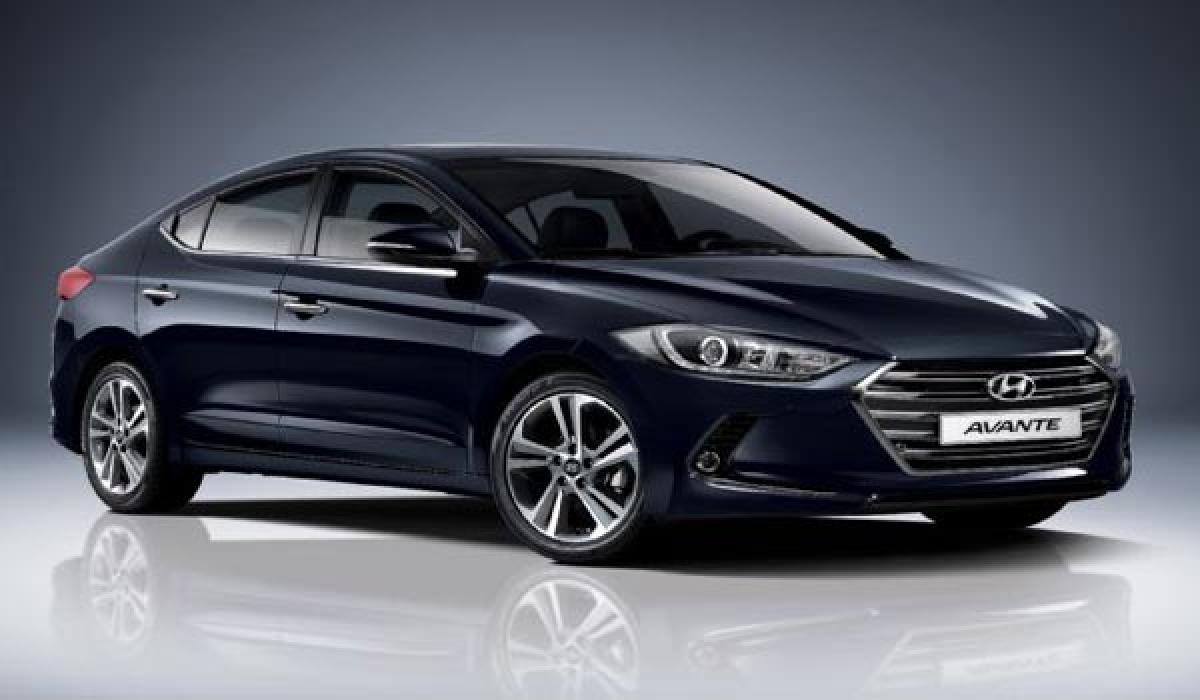 The sixth-generation Elantra will get a major upgrade – in terms of features, powertrains, and design – over the outgoing version Hyundai will introduce the new Elantra in India in September. The sixth-generation sedan first went on sale in its home country in late 2015, while it was introduced in North America this year. The new Elantra adopts the second iteration of Hyundai’s Fluidic Sculptur

The sixth-generation Elantra will get a major upgrade – in terms of features, powertrains, and design – over the outgoing version

Hyundai will introduce the new Elantra in India in September. The sixth-generation sedan first went on sale in its home country in late 2015, while it was introduced in North America this year. The new Elantra adopts the second iteration of Hyundai’s Fluidic Sculpture design language, whose edgier, sharper profile sets it apart from the outgoing car’s silhouette. Here what is expected of the 2016 Hyundai Elantra.

Design
Elements of the Fluidic Sculpture 2.0 design language have made the Elantra a head turner. Most of the real estate at the front has been occupied by Hyundai’s signature hexagonal grille, which is flanked by sleeker, HID projector headlamps with dynamic bending lights. The bumper houses vertically placed daytime running LEDs (DRLs). Interestingly, it also has wheel air curtains alongside the DRLs, which helps manage airflow from the front of the vehicle and around the wheels to minimise turbulence and wind resistance.

The side profile features a coupe-esque roofline and a sweeping side window line, as is the latest global trend. It rides on 17-inch alloy wheels internationally. At the rear, it has a stubby boot to complement the coupe-ish roofline, along with LED tail lamps with graphics.

Interiors, features and safety
The interiors of the new Elantra are not as flamboyant as its exteriors, but are functional, driver-centric (centre stack has seven-degree tilt towards the driver), and offer more features than before.

The instrument panel comes with a 4.2-inch LCD screen, which provides a host of information. It comes with Hyundai’s latest 7.0-inch and 8.0-inch infotainment systems, which support both Apple CarPlay and Google Android Auto. Hyundai also offers Blue-Link app support (both for smartphone and smartwatch) with the new Elantra. The Blue Link offers services such as remote start with climate control operation, destination search (powered by Google), remote door lock/unlock, car locator, and stolen vehicle recovery.

The new Elantra offers an integrated memory system for the power driver seat and side mirrors. It also features hands-free smart trunk (just like the upcoming Tucson), which allows users to open the trunk by simply approaching the rear of the vehicle with the key fob in a purse or pocket. An audible beep will sound three times, and the trunk will open automatically.

In terms of safety, the new Elantra comes with a seven-airbag system, including a driver’s knee airbag, along with Electronic Stability Control (ESC), Vehicle Stability Management (VSM), Traction Control, Anti-Lock Braking System (ABS) and a tyre-pressure monitoring system. The carmaker is likely to offer these features when the vehicle comes to India in September.

Chassis
The new platform makes the 2016 sedan considerably wider than the previous Elantra and slightly longer as well, while the height is identical. Hyundai promises 29.5 per cent stiffer torsional rigidity, 25.3 per cent greater bending strength and lower body weight compared to the last-gen Elantra, which will result in improved ride and handling, quietness, durability and driving performance.

Engines
The Elantra is probably getting a brand-new petrol engine in India – a 2.0-litre Nu MPI Atkinson cycle, four-cylinder naturally aspirated engine. The engine churns out 156PS @ 6,200rpm and 195Nm of peak torque at 4,500rpm. Internationally, the 2.0-litre Nu four-cylinder Atkinson cycle engine is paired with either a standard six-speed manual transmission or a new six-speed automatic. It is expected that the latter will make its way to India. The outgoing Elantra offers a 1.8-litre VTVT.

The diesel will be carried forward from the outgoing car. However, the 1.6-litre is reportedly uprated in the new Elantra and it now produces 138PS instead of the 128PS in the previous sedan. Expect the same transmission options with the diesel as well.

Prices
The prices of the new Elantra are expected to start in the vicinity of Rs 15 lakh and the car will continue to compete with the Toyota Corolla, the Skoda Octavia, the Volkswagen Jetta and the Chevrolet Cruze, along with the upcoming tenth-gen Honda Civic, which is expected to be launched next year.