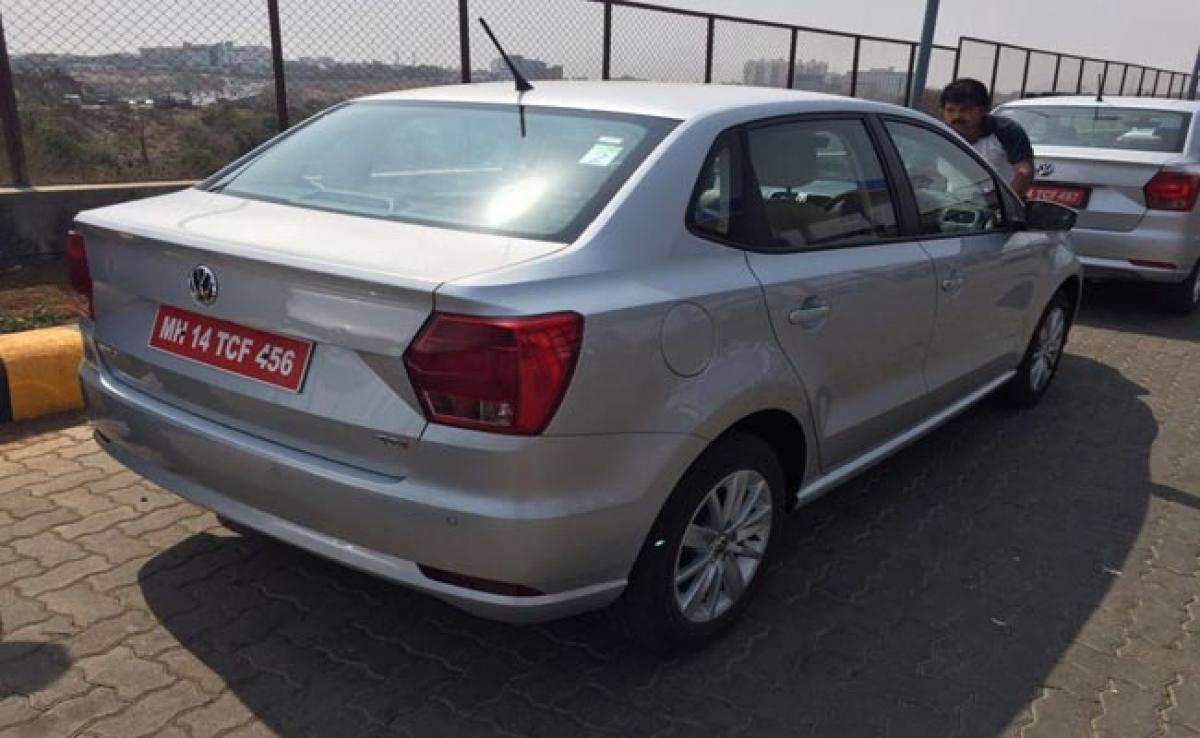 Volkswagen\'s entrant to the jam-packed compact sedan segment, the Ameo is slowly beginning to get traction in the market. Deliveries of the petrol avatar have already commenced, and the manufacturer seems to in final phases of testing the diesel iteration.

Volkswagen's entrant to the jam-packed compact sedan segment, the Ameo is slowly beginning to get traction in the market. Deliveries of the petrol avatar have already commenced, and the manufacturer seems to in final phases of testing the diesel iteration.

We spotted the Ameo test mule sans camouflage. The TDi badge on the trunk is a dead giveaway that the mule is diesel-driven. VW and it's sister brand Skoda had suspended sales of diesel manual variants of the Vento and the Rapid in order to update the 1.5-litre diesel motor.

Reports indicate that the motor will get an upgraded turbocharger that might bump up power as well as fuel efficiency. Figures for the Ameo are likely to be 90PS/230Nm. Volkswagen will be targeting a fuel efficiency figure that is well above 20kmpl considering the Maruti Suzuki DZire and the Ford Figo Aspire are rated at 26.59kmpl and 25.83kmpl, respectively. The Ameo diesel will feature the same engine with a 5-speed manual as well as a 7-speed dual-clutch automatic transmission.

The mule itself looks no different than a top-spec petrol Ameo. All elements including the shaved front bumper, double barrel headlamps, cornering foglamps and the squared off boot remain as is. The only difference we could spot, were the alloy wheels. They are clearly one size bigger and have a different design as well. In fact, the Ameo wore the 16-inch alloy wheels when it was first unveiled. Since VW is testing the car with these wheels, we cannot rule out the possibility of the production-spec Ameo getting them. Volkswagen might go ahead and introduce them on the Polo or the Vento in the near future as well.

Like we reported earlier, the Ameo diesel will go on sale in August. Deliveries are expected to commence soon after. Expect a premium of a lakh over the petrol for the diesel version. Prices are likely to start around the Rs 6.5 lakh mark for the base Trendline variant, going all the way up to Rs 8.5 lakh for the top-spec Highline.