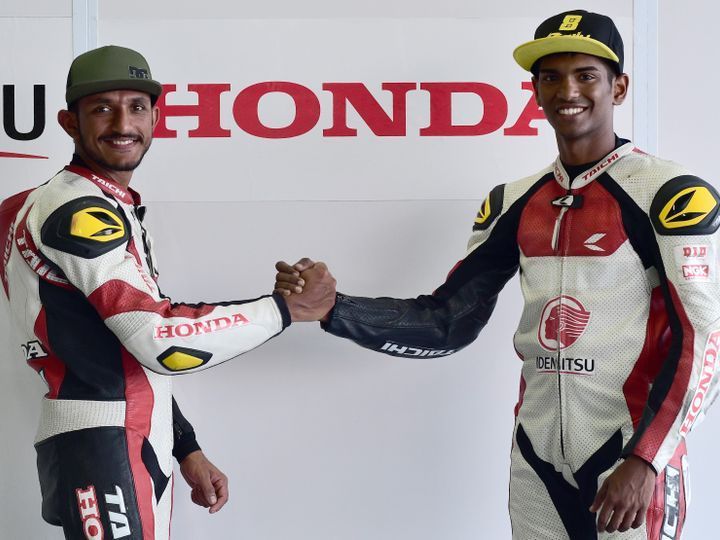 In a welcome shift in focus towards motorsports in India, HMSI today announced that its new direction would be to nurture and promote Indian talent on both national and international stages. Its first announcement is for the Idemitsu Honda Racing India Team that will see Rajiv Sethu and Anish D. Shetty participating in the Asia Road Racing Championship(ARRC) in the production 250cc class.

The new team will be managed by HMSI and sponsored by Idemitsu Lube India Ltd, the Indian arm of the same brand that sponsors new MotoGP rookie Takaaki Nakagami. Rider management will be taken care of by Ten10 Racing while T Pro-Innovation, a pro racing team from Japan will take care of the technical aspects of the race bikes. For Sethu, it’s his second year in the ARRC championship after his debut last year and he is looking to build on his learnings and experience from his first season. Anish, on the other hand, will be making his debut in the ARRC championship but has been a regular at the National Motorcycle Racing championship with many wins under his belt.

The ARRC kicks off this weekend in Thailand for round one of the six-race championships. It will then move to Adelaide in Australia in April, Suzuka in Japan in June, the MMRT in Chennai in August, Indonesia in October and the final round in Thailand in December.

HMSI is already involved in the Indian National Motorcycle Racing Championship with its CBR250R and CBR150R one-make race series which has served as a great learning ground for many budding racers. This new focus will bring much-needed support and exposure to new riders. What’s even more encouraging is that HMSI says that this is only the start and that they will soon announce a slew of new programs to promote motorsport in India and that simply is good news.