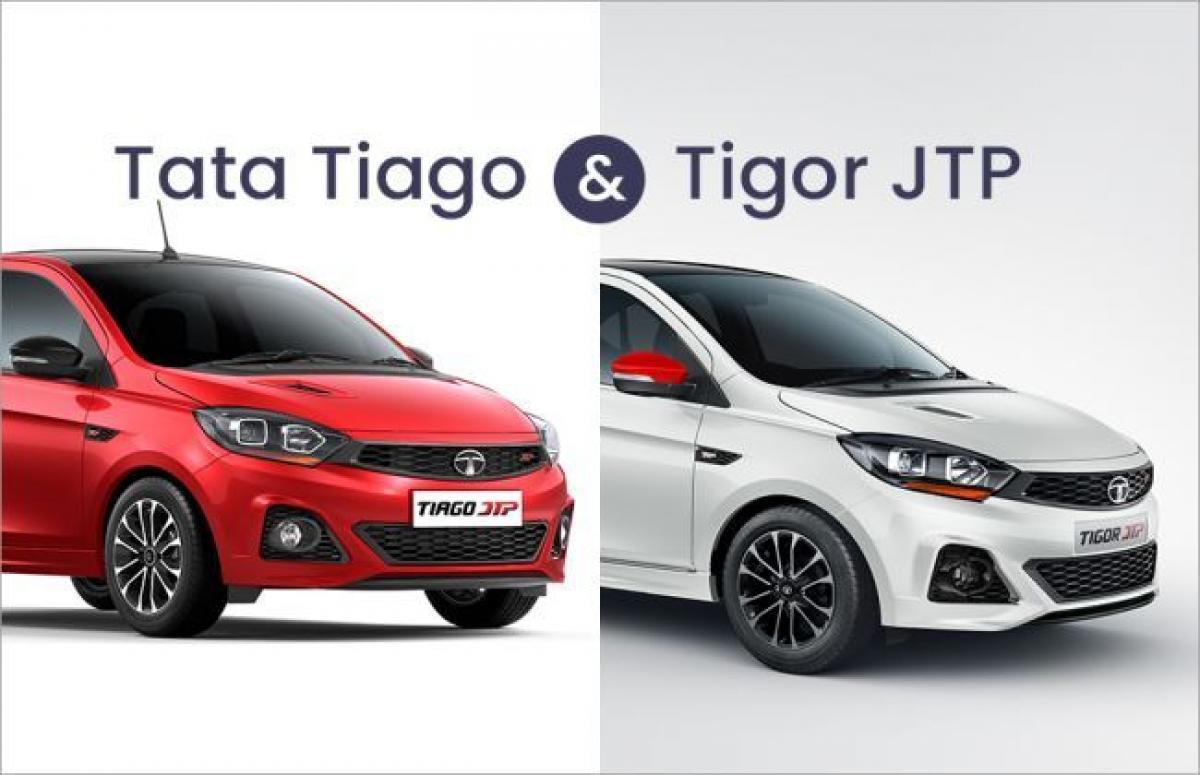 Tata Motors has unveiled the productionspec Tiago JTP and Tigor JTP performance models which debuted at the 2018 Auto Expo in February These are the first products to come from JT Special Vehicles, the joint venture between Tata Motors and Coimbatorebased Jayem Automotives

The performance versions of the compact hatch and sub-4m sedan will be powered by the Nexon’s 1.2-litre turbo petrol 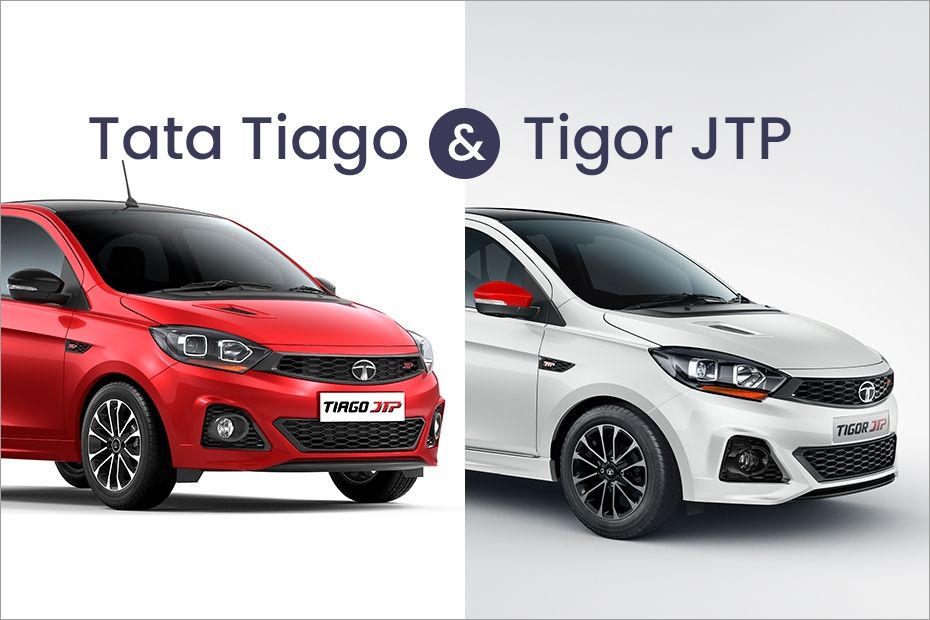 Tata Motors has unveiled the production-spec Tiago JTP and Tigor JTP performance models which debuted at the 2018 Auto Expo in February. These are the first products to come from JT Special Vehicles, the joint venture between Tata Motors and Coimbatore-based Jayem Automotives.

Tata has fitted the Tiago and Tigor with the 1.2-litre turbo-petrol from the Nexon and tuned it to produce a maximum power of 114PS and 150Nm of peak torque. On the Nexon, this engine generates 110PS and 170Nm. Power is sent to the front wheels via a 5-speed manual gearbox with optimised gear ratios. Tata claims a 0-100kmph sprint time of 10 seconds for both the cars. The Tiago JTP has a kerb weight of 1016kg while the Tigor JTP tips the scales at 1051kg. Like the standard models, the JTP avatars too get ‘Sport’ and ‘City’ driving modes. 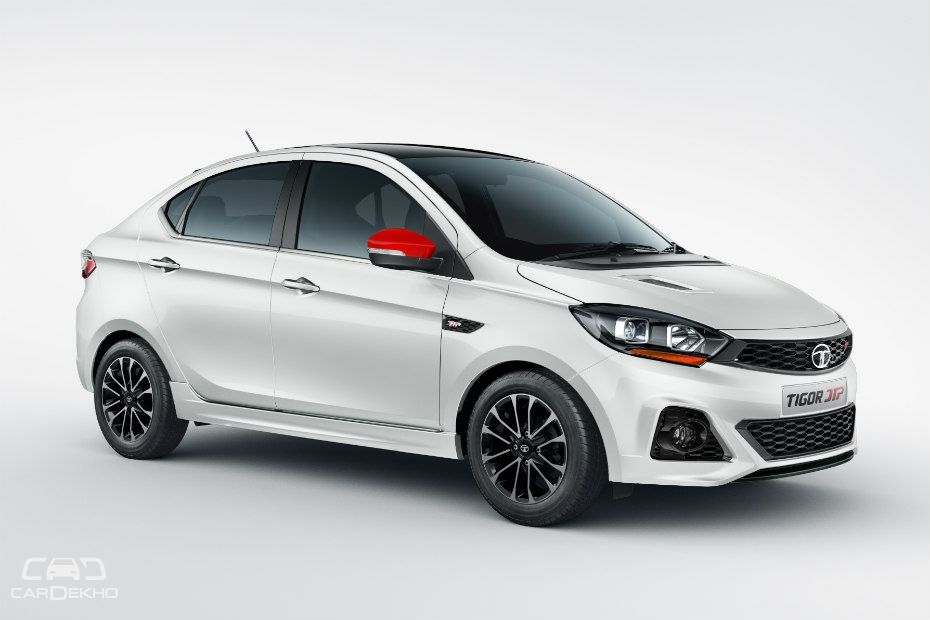 Both the Tiago JTP and Tigor JTP get wider 15-inch machine-finished alloy wheels, sporty front bumper and side skirts, contrast coloured ORVM covers, glossy black roof, a rear spoiler and JTP badges on the front grille and on the rear boot lid applique. There’s a number of sporty elements inside the cabin as well, including an all-black interior, red accents on AC vents, contrast red stitching on the steering wheel, the seats and the gearshift gaiter as well. 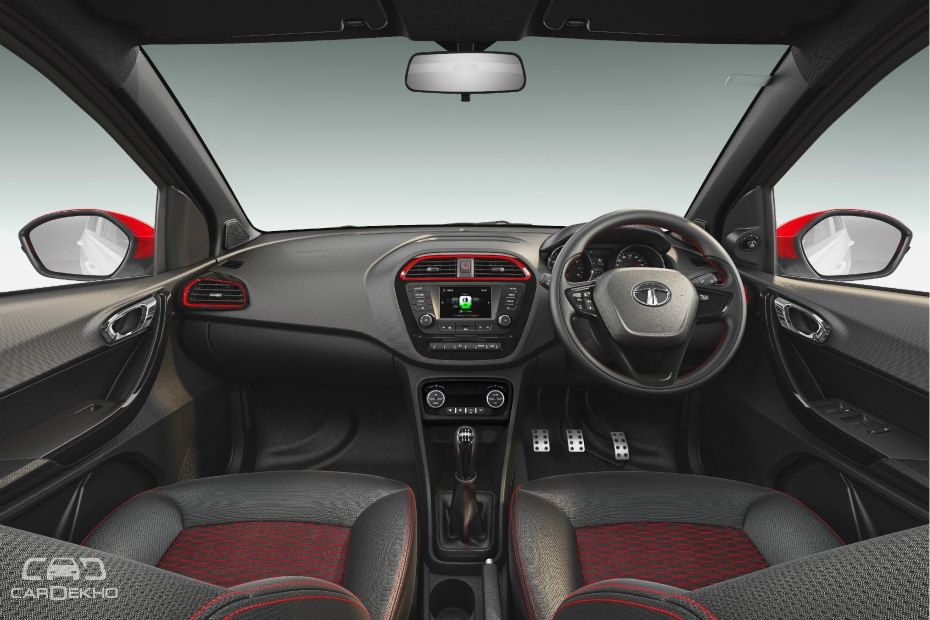 Tata says that both cars get a re-tuned suspension setup as well as recalibrated steering for better handling. Moreover, the ride height has been lowered as well. Both the Tiago JTP and Tigor JTP have a ground clearance of 166mm, which is 5mm lower than the regular models.

In terms of safety, both get dual front airbags and ABS with EBD while offering disc brakes up front and drum brakes at the rear. They also get the standard Tigor’s smaller 5-inch ConnectNext touchscreen infotainment system with the eight-speaker audio system and steering-mounted controls. 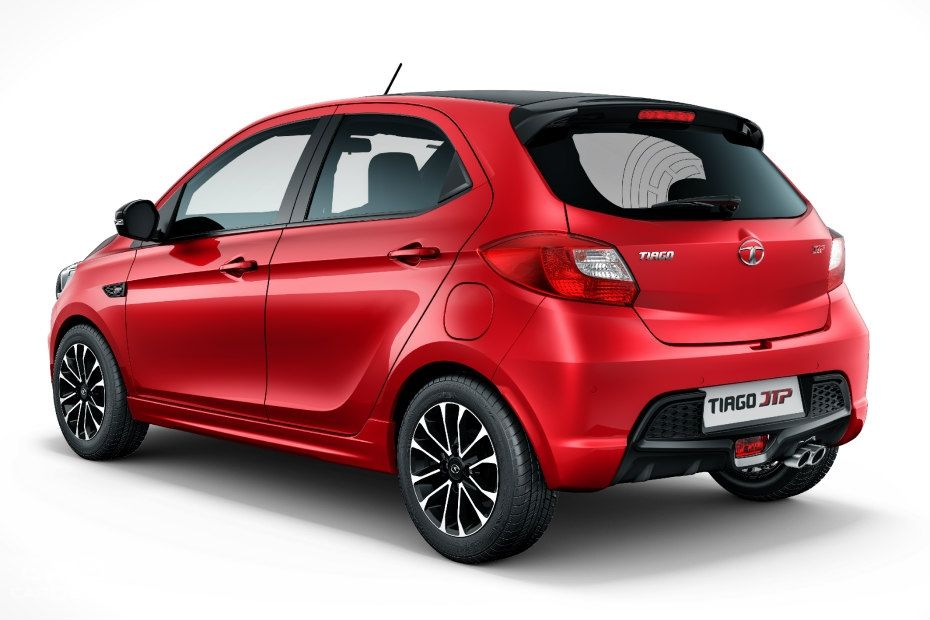 Other petrol-engined, performance-oriented manual cars with more than 100PS in the sub Rs 10 lakh bracket include the Maruti Suzuki Baleno RS (Rs 8.47 lakh) and Fiat Abarth Punto (Rs 9.67 lakh) (all prices ex-showroom Delhi). But the Tata JTP duo is expected to be the least expensive of all in the market with an expected price tag of Rs 6.5 lakh for the hatchback and Rs 7.5 lakh for the sub-4m compact sedan.