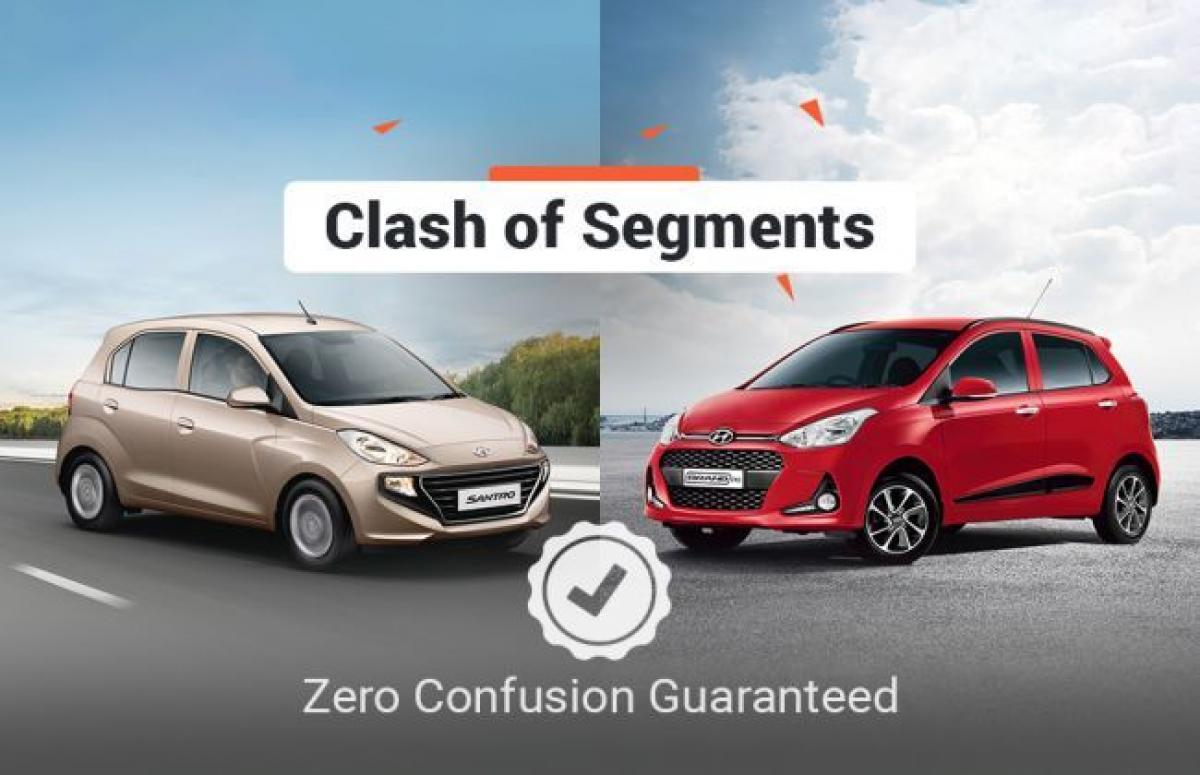 Which of the two Hyundai cars should you put your money on? We find out The Hyundai Santro has been launched in India at prices ranging from Rs...

What Hyundai Grand i10 Era gets over Hyundai Santro Sportz: Passenger-side airbag

Verdict: Only the Grand i10 here gets the basic safety feature suite (dual front airbags and ABS) that is a must-have for any car that one should buy. So clearly, despite the lack of other features that offer convenience, it's the Grand i10 that we'd recommend to people buying a car for their family over the Santro. But the Santro does come close, with driver side airbag and ABS with EBD. So if you are looking for a car for only personal use, you should go for the Hyundai Santro as it is the better equipped car of the two.

What Grand i10 Magna gets over Santro Asta: None

Verdict: The Santro is our pick here. It is Rs 24,000 more affordable than the Grand i10 and gets a lot more features