The Harrier’s steering wheel seems to be similar to the one present on the Hexa Tata Motors has released a new video which gives us a glim... 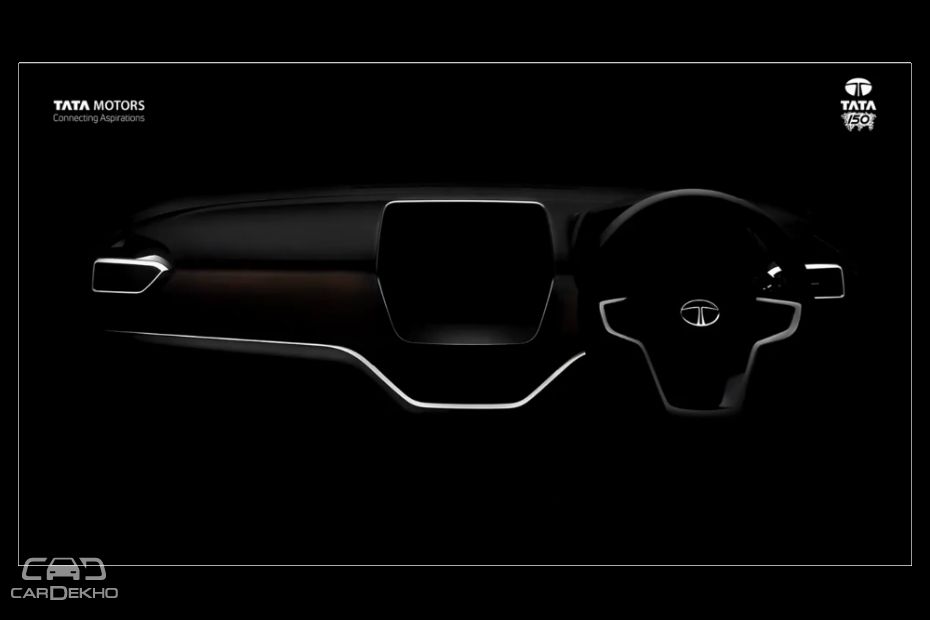 Tata Motors has teased the dashboard design of its upcoming SUV Harrier in a video on Instagram and Twitter. While Tata has revealed the layout and design of the dash, other bits are still in the dark.

As we had reported earlier, the Tata Harrier will get a floating touchscreen and the new video has confirmed the fact. The dashboard is predominantly black in colour and features a piece of faux wood that spans across it. The video suggests that the wood panel will be underlined by a silver accent piece.

The video also reveals the steering wheel of the car and it looks similar to the one offered on the Hexa. We also get a good look at the side air-con vents that are trapezoidal in shape and are outlined by silver inserts.

While this video only reveals the dash, we know quite a bit of information about the Harrier's interiors. It will be five-seater and all three rear passengers will get their own smartphone storage spaces. Also, while the dash is pre-dominantly black, expect a dual tone layout with the seats being beige in colour. There will also be a cooled storage compartment underneath the front armrest. You can read more about it here. Sadly, the Harrier misses out on a sunroof.

For more details about the Tata Harrier's powertrain, click here.

Expect more teasers from Tata in the following week. We will get you more information on the upcoming SUV early next month as we sample the Harrier in beautiful Jodhpur. Make sure you stay tuned to CarDekho for all the latest scoop on what could possibly be a gamechanger for Tata Motors.