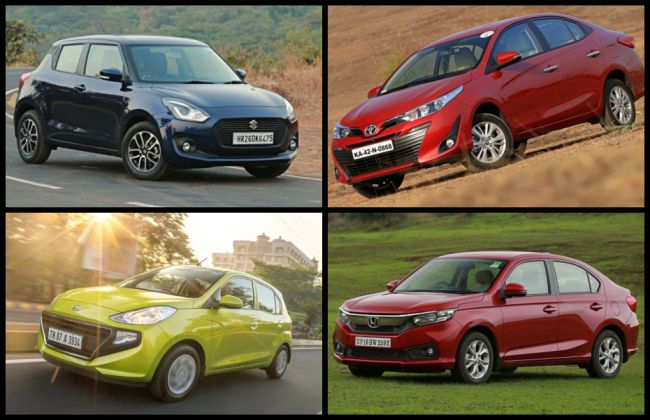 Four hatchbacks, four sedans, one MPV and one compact SUV were launched here this year 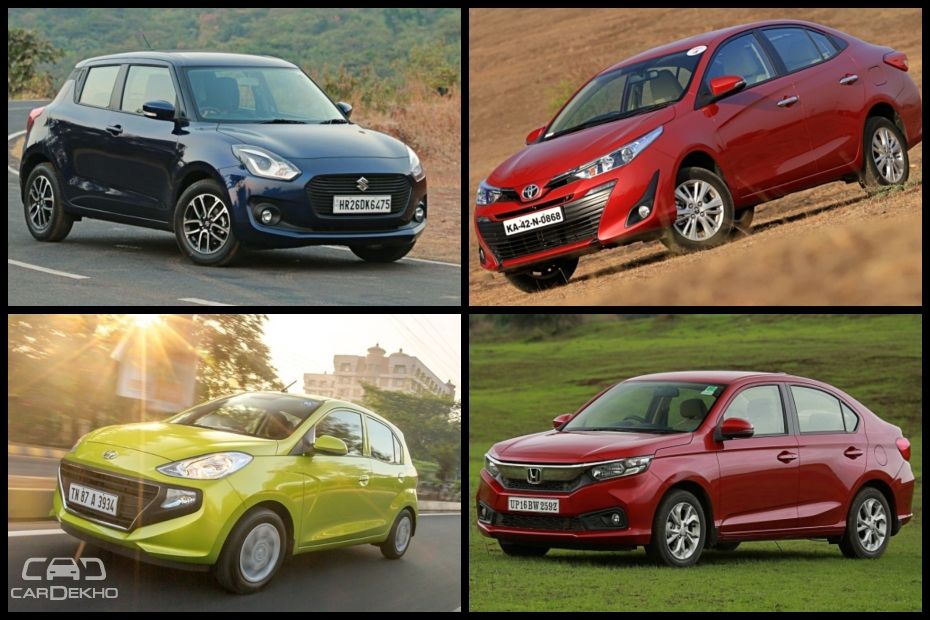 2018 is coming to an end and we cannot complain. It’s been raining cars throughout the year with over 100 launches across segments. Right from the Hyundai Santro to the uber-luxurious Rolls Royce Cullinan. Here’s a list of top ten most popular cars in terms of sales numbers priced under Rs 10 lakh that were launched in India this year.

After keeping us waiting for a long time, the Japanese carmaker finally entered the compact sedan market in India with the Yaris. Toyota not only resorted to only-petrol approach with the Yaris, it also equipped it with seven airbags and automatic transmission option right from the base variant. The Yaris is equipped with various segment-first features such as seven airbags as standard, front parking sensors, an 8-way electrically adjustable driver seat, all four disc brakes, vehicle stability program and tyre pressure monitoring system, but it’s still not the top selling car in its segment. However, it still makes an entry in this list as it is amongst the top selling 10 new cars that were launched in 2018.

The Aspire got the new Dragon series petrol engines from the Freestyle and EcoSport this year. With this, its automatic version with the 1.5-litre unit made it one of the most powerful cars in its segment. Other than that, it carried on with its long list of safety features in the top-spec trim to remain one of the safest cars in its segment. Compare its sales to its rivals and the Aspire might not be as popular, but it’s a competitive package nonetheless.

After showcasing it in January, Ford launched the Freestyle in India in April. The Freestyle not only introduced the upcoming Figo facelift’s updated styling in India but also debuted the new 1.2-litre 3-cylinder petrol engine that makes 96PS/120Nm, which is among the highest in its class. The Freestyle is a benchmark on the safety front as well. It is the only car in its segment to offer side and curtain airbags, traction control, ESP (electronic stability program), TC (traction control) and HLA (hill launch assist) over standard dual front airbags and ABS with EBD.

Maruti launched the 2018 Ciaz in August. The updated sedan helped Maruti regain the top spot in the compact sedan segment in terms of popularity. It not only helped Maruti on the sales front, but the sedan also debuted the carmaker’s new 1.5-litre petrol engine with SHVS. It replaced the 1.4-litre unit that was found on the pre-facelift Ciaz and Ertiga. The Ciaz petrol has a claimed fuel economy of 21.56 kmpl (MT) / 20.28 kmpl (AT), which is among the highest in its class.

After making its debut at the Indonesia International Motor Show in April, Maruti launched the second-gen Ertiga in India in November. It came six years after the first-gen model was introduced back in April 2012. The new MPV is not only larger than its predecessor but is better equipped as well. The second-gen Ertiga also scores on the design front as it looks more premium than before.

Honda introduced the second-gen Amaze at this year’s Auto Expo before launching it in May. It came six years after the first-gen model was introduced back in 2012. The Amaze not only featured a new design that was a big step forward from its predecessor, it was also the first diesel CVT car from Honda in India. The sedan was received well in the Indian market as it managed average monthly sales of 10,000 units in the initial months, making it the best-selling Honda in the country. Even now, the Amaze is the second most popular car in its segment after the Maruti Suzuki Dzire.

Hyundai reintroduced the Santro in India in October 2018, around 20 years after the original hatchback entered the market in 1998. It continues to build on the strong points of its predecessor such as a tall boy design and long list of features. In just one month of its sales (Nov 2018), Hyundai has managed to sell 9,009 units of the reincarnated hatchback, making it the third most selling car in its class after the Maruti Suzuki WagonR and Celerio. In the list of popular new cars launched this year, the Santro is at number four, but since it’s a new launch, it remains to be seen whether its popularity goes up or comes down with time.

Hyundai launched the facelifted version of its best-selling SUV in May this year. With the updated model, the long feature list got even longer. It is now equipped with features such as a sunroof, electrically adjustable driver seat, wireless mobile charging and smart key band. The new Creta builds on the strengths of its predecessor and it is visible in the numbers as the SUV continues to maintain monthly average sales of around 10,000 units. It’s soon going to get some competition though, from the Nissan Kicks, Tata Harrier and Kia’s upcoming SUV.

The Elite i20 continues to remain one of the most popular premium hatchbacks in India. It got a mid-life update this year and with that, it got a significant update to its rear-end. The engines remain the same but it received a CVT automatic transmission with the petrol engine after a few months from its launch. The Elite i20 seems to be expensive as the prices top out at Rs x.xx lakh, but it makes up for it with its premium appearance and features. It will be interesting to see if Kia would bring its own version of the i20 to India or not.

Maruti introduced the third-gen Swift in India at the 2018 Auto Expo. It came seven years after the second-gen model was introduced in 2011. As expected, the demand for the Swift increased with the new model. In the first month of its going on sale, the carmaker sold around 17,000 units of the Swift, with a growth of 20 per cent from the previous month. And the popularity is only growing with time, the Swift’s average monthly sales since launch now rest at over 19,000 units per month! And it’s still not the most popular Maruti sold in India!!