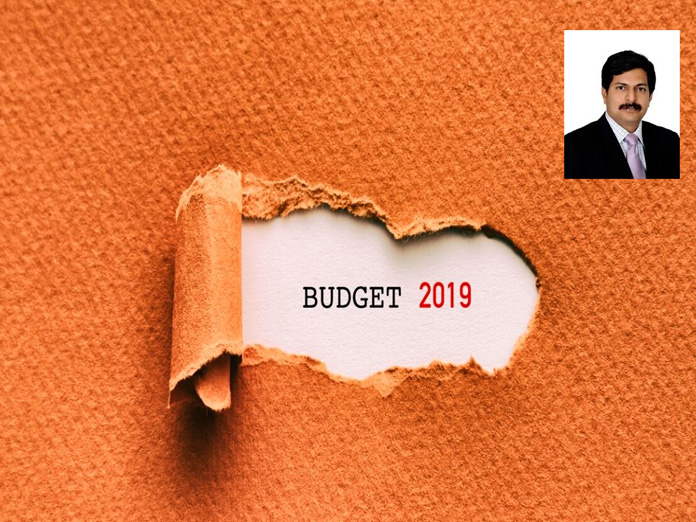 As the country awaits the interim Union Budget 2019 to be presented by Finance Minister Piyush Goyal on Friday, industrial sector in Telugu states is seeking cut in corporate taxation to boost industrial activity In addition, MSMEs are batting for finance at lower interest rates and NPA norms with human face

​Hyderabad: As the country awaits the interim Union Budget 2019 to be presented by Finance Minister Piyush Goyal on Friday, industrial sector in Telugu states is seeking cut in corporate taxation to boost industrial activity. In addition, MSMEs are batting for finance at lower interest rates and NPA norms with human face.

"From industry perspective, we are not really expecting many major changes as it's vote on account Budget this time. Further, we don't see many changes in the indirect tax structure as the GST Council is taking them up from time to time. However, we are expecting reductions in the corporate tax," RVS Rudraraju, Chairman, Andhra Pradesh Chapter of Confederation of Indian Industry (CII), told The Hans India.

Rudraraju, Director of Vijayawada-based RHI Clasil Pvt Ltd, also sought higher spend on infrastructure as "economic growth is high". "Further, MSMEs should be given incentives and concessions on interest rates," he said while seeking some new investments in Visakhapatnam-Chennai industrial corridor to boost growth in AP.

T Muralidharan, Chairman, Telangana Chapter of FICCI, said there was nothing much industry could expect as it would be an interim Budget. " I am glad that they made it clear that it would be an interim Budget.
Presenting a full budget would have set a bad precedent as it's prerogative of the new government. At the most, the government will make a statement on what it will do if it comes back to power," he said.

The real estate sector underlined the need for creating a Rs 2,000 crore fund so that stalled projects could be revived. “The Centre should also make efforts to increase liquidity in the system in the wake of NBFC crisis,”said B Sunil Chandra Reddy, Secretary General, TREDA. He sought increased spending on infrastructure development across the country.

The micro, small and medium enterprises (MSME) sector which accounts for the country’s 45 per cent industrial output feels that current non-performing asset (NPA) norms being followed by banking sector will kill the key sector. “The central government should either exempt MSMEs from current NPA norms or frame separate norms with human face. In the event of a default, it should see to it that the ailing industrial units should be revived, not killed by auctioning their assets or those of their promoters,” said APK Reddy, national president, FSME India. He also demanded loans for MSME sector at 0.25 per cent interest rate across the country.