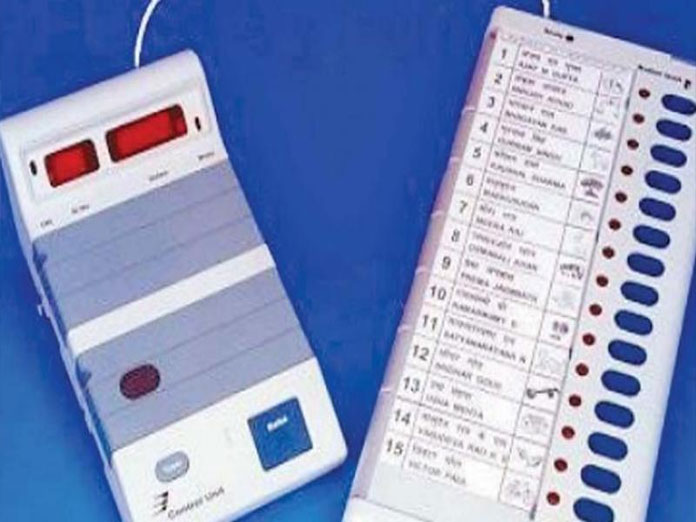 The government has sought over Rs 1,637 crore in the current fiscal to allow the law ministry make payments to two suppliers of EVMs and paper trail machines ahead of the Lok Sabha elections

New Delhi: The government has sought over Rs 1,637 crore in the current fiscal to allow the law ministry make payments to two suppliers of EVMs and paper trail machines ahead of the Lok Sabha elections.

The government, in the third batch of Supplementary Demands for Grants for 2018-19, has sought Parliament's approval for Rs 1,637.14 crore to allow the Law Ministry pay Electronics Corporation of India Ltd and Bharat Electronics Ltd for electronic voting machines and paper trail machines, according to the document.

The third batch of supplementary demands for grants will be passed by February 13 when the Budget session concludes.

The two public sector undertakings tasked with manufacturing the latest M3 type EVMs to be used in Lok Sabha elections due this summer have delivered the lot comprising nearly 22.3 lakh ballot units and 16.3 lakh control units to the Election Commission.

Around 22.3 lakh ballot units, 16.3 lakh control units and nearly 17.3 lakh VVPATs or paper trail machines will be used for the 2019 LS polls. The number of machines includes the buffer stock for training as well as replacements.

These machines would be deployed at the nearly 10.6 lakh polling stations across India in the next parliamentary elections.

The Bharat Electronics Ltd and the Electronics Corporation of India Ltd were mandated to deliver these machines to the poll panel by September 30, 2018.

During simultaneous elections, two separate sets of EVMs are required, one for the parliamentary constituency and the other for legislative assembly constituency.

Till date, EVMs have been used in 113 Assembly elections and three Lok Sabha elections since 2000.

Amid demands by some opposition parties to go back to ballot papers, the Commission has maintained that use of EVMs has ended the days of booth capturing and the delays and errors in counting of ballot papers.

Several parties have questioned the reliability of voting machines, alleging that they could be tampered with.