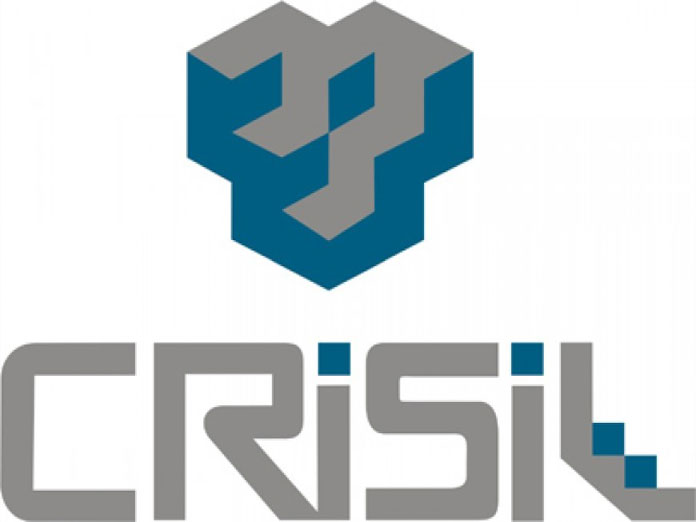 During the quarter, the company received export benefits amounting to Rs 24.9 crore in the form of duty-free saleable scrips.

Mumbai: Largest domestic rating agency Crisil has reported a 19 percent jump in consolidated net profit at Rs 113.8 crore in the December quarter on an 11.5 percent rise in consolidated income at Rs 496.5 crore.

During the quarter, the company received export benefits amounting to Rs 24.9 crore in the form of duty-free saleable scrips under the service export incentive scheme which has been recorded under other income, the company said on Tuesday.

For the full to December 2018, net income rose 19.3 percent to Rs 363.1 crore. The board has recommended a final dividend of Rs 11 a share. J Kumar Infraprojects net up 34 per cent

Engineering firm J Kumar Infraprojects has reported a 34 percent increase in net profit for the December quarter at Rs 44.17 crore on a 38 percent rise in revenue from operations at Rs 686 crore.

During the quarter it has won contract worth of Rs 1,802 crore and has an order book of Rs 10,465 crore. Prestige Group net dips 32 per cent

Bengaluru-based realty firm Prestige Group has reported 32 percent decline in consolidated net profit for the December quarter at Rs 67.4 crore mainly on the back of reduction in revenue.

The Mumbai airport has claimed enhancing its on-time performance by 12 percent in the last seven months.

In a statement on the occasion of completion of five years of operating the iconic Terminal 2 (T2) on Tuesday, the airport operator also said the new terminal has accounted for 25 percent growth in air traffic movement since 2014 and has reduced runway occupancy time from 65 seconds five years ago to 47-49 seconds at present.

The collaborative efforts have resulted in improvement in the airport OTP, with the average OTP of last seven months having shown an increase of 12 per cent, it said. Pennar Industries net up 3.4 per cent.

Pennar Industries has reported a marginal 3.39 percent increase in net profit for the December quarter at Rs 13.7 crore despite a massive 38 percent increased in total income at Rs 575.23 crore.

During the quarter, the company bagged orders worth Rs 498 crore across business verticals such as building products, tubes, solar, railways, industrial components and pre- engineered buildings.