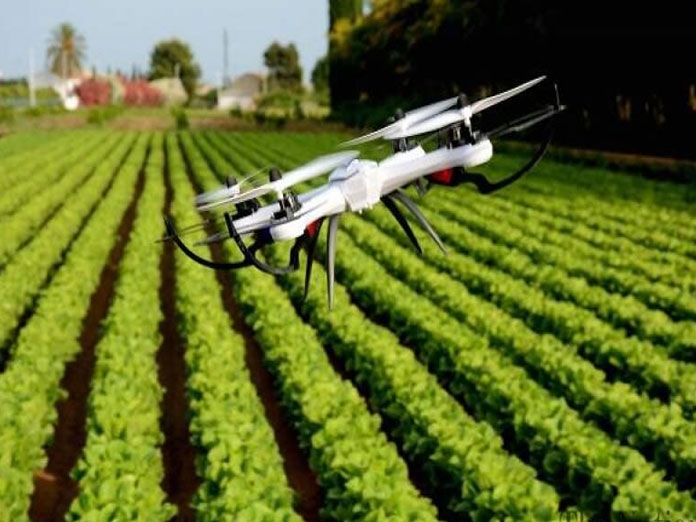 AgriVeda, a Hyderabadbased agriculture startup, recently raised 8 lakh Rs 57 crore and undoubtedly, it is one of few startups from the City of Pearls, which could raise such a significant amount of funds But the better part of the story is that it was founded in 2017 by a sixthgrade student, Yukta Raghavendra The 11yearold CEO of Nirmoha Pvt Ltd, which owns the startup, has come out with

AgriVeda, a Hyderabad-based agriculture startup, recently raised $8 lakh (Rs 5.7 crore) and undoubtedly, it is one of few startups from the City of Pearls, which could raise such a significant amount of funds. But the better part of the story is that it was founded in 2017 by a sixth-grade student, Yukta Raghavendra. The 11-year-old CEO of Nirmoha Pvt Ltd, which owns the startup, has come out with a product that can be used for application of pesticide and insecticide on crops and to monitor the condition of the crop using drone technology.

Speaking with The Hans India, Yukta Raghavendra, says, “on a visit to the US, I realised that drones usually used for photography/videography, can be put in for better usage. Back here at my school in Hyderabad, while assigned with a project based on agriculture, I felt the best purpose of a drone is to protect crops.”Adding further, she observes, the socio-economic plight of farmers in India is different from those in the US. Hence, adaptation of technology for better yield and higher returns for farmers, is the need of the hour.

Her idea, further supported by Ram Kiran Dhulipala, Head of Digital Agriculture at International Crops Research Institute for the Semi-Arid Tropics (Icrisat), gained her access to I-Hub, a startup incubation centre for agriculture startups located in Icrisat. She has a 10-member team. Four of them work on agriculture research, five as software employees and one assisting with networking from the US.

The product waiting for patent from the US and India IT Cell, completed PoC (proof of concept) at Nalgonda and Adilabad on total 30 acres of farm land. At present, they have produced 20 units, with the plan to mass produce after receiving the patent. In addition, the chips and materials for developing the drone are sourced from South Korea, to be assembled and programmed here.
Talking about the cost of making one unit, she says it costs up to Rs 16,000.

However, she is planning to reduce the price to Rs 10,000 through mass production and NGO funding so that farmers could afford it. Also, the startup is with Icrisat to rope in government-backed organisations which can procure its product and sell it to farmers. Further, the product will be available in open market too. In November 2018, AgriVeda raised $8 lakh (Rs 5.7 crore) in pre-series round of funding from California-based KC Ventures, for seven per cent equity.

In December 2018, the startup received Rs 70 lakh of the raised funding for the PoC, whereas $4 lakh will be released after patenting. The funding will be used for developing the product. As she adds, the product has firmware, software and hardware, wherein the drone has a camera and capacity to hold the pesticide. It developed a software which controls the camera as well as the usage of pesticide. “Another software in the product will perform analytics using artificial intelligence,” she explains.

In April 2019, Yukta as part of the Microsoft-funded Bright Kid incubation programme will be at Seattle, in the US to gain further understanding of these sophisticated drone technologies and to implement the same back in AgriVeda.Well supported by her father Raghavendra Hunasgi, the founder of Asia Inc magazine and ThoughtFolks Group, she intends to come with an incubation centre by name Prayogshala, for children in the age group of 9 to 18 years, with startup ideas.

As Hunasgi says, “when Yukta approached established incubation centres, they did not take her seriously, hence we decided to found Prayogshala, for which we plan to get in touch with the government or establish privately at Gachibowli in the city”.