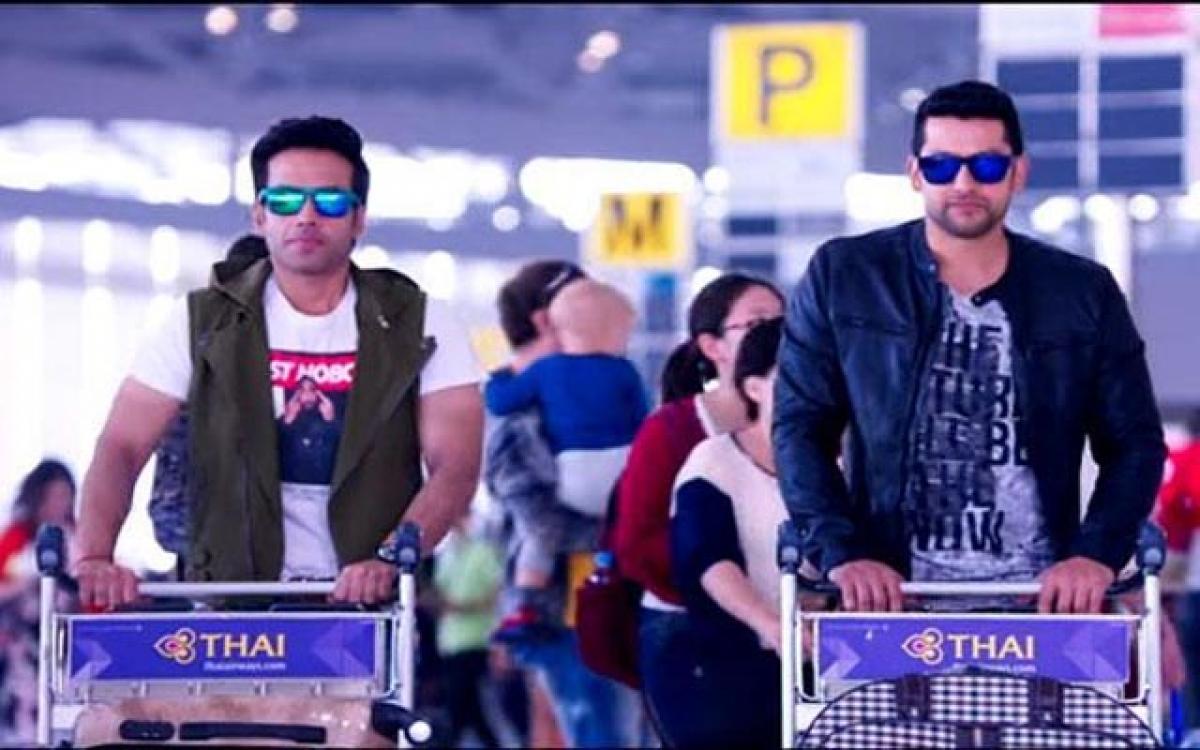 The film is the third one in the series after "Kyaa Kool Hain Hum" and "Kyaa Super Kool Hai Hum".

With Tusshar Kapoor and Aftab Shivdasani in the lead roles, there is a feeling of deja vu. You've seen them do all this in several other films before, with no element of originality in their performances or jokes.

There is almost nothing new in this film, except perhaps the two ladies, Mandana Karimi and Gizele Thakral, and the Bollywood film spoofs that have been generously included.

The jokes are hackneyed and the dialogues lyrical, but tacky, loaded with double entendres.

Tusshar Kapoor as the cock-eyed, naive simpleton Kanhaiya, is an eye-sore and brings no freshness to his now favourite style of acting. He desperately needs to experiment with other genres, as he is tedious to watch in such films.

Aftab Shivdasani as his bestie, Rocky, complements Tusshar, but again contributes nothing by way of performance.

Krushna as Mickey, with his impeccable comic timing, cannot really uplift a bad film. He is an extension of his television persona.

The girls are nothing but the glamour dolls they are meant to be and blatantly indulge in skin show.

Shakti Kapoor and Darshan Jariwala have nothing much to offer as actors either.

Even the music with songs like "Jawaani le doobi" and "Oh boy" do nothing to propel the narration or lift the viewing experience.

The film seems to be an extension of Ekta Kapoor's TV soaps with her sensibilities replete in every scene. It's almost an attempt in finding sense in the senseless and humour in a humourless film.

Director Umesh Ghadge handles the film amateurishly, like a badly made music video on the big screen.

Watch "Kyaa Kool Hain Hum 3" if you want to witness the deplorable standards in Indian cinema.