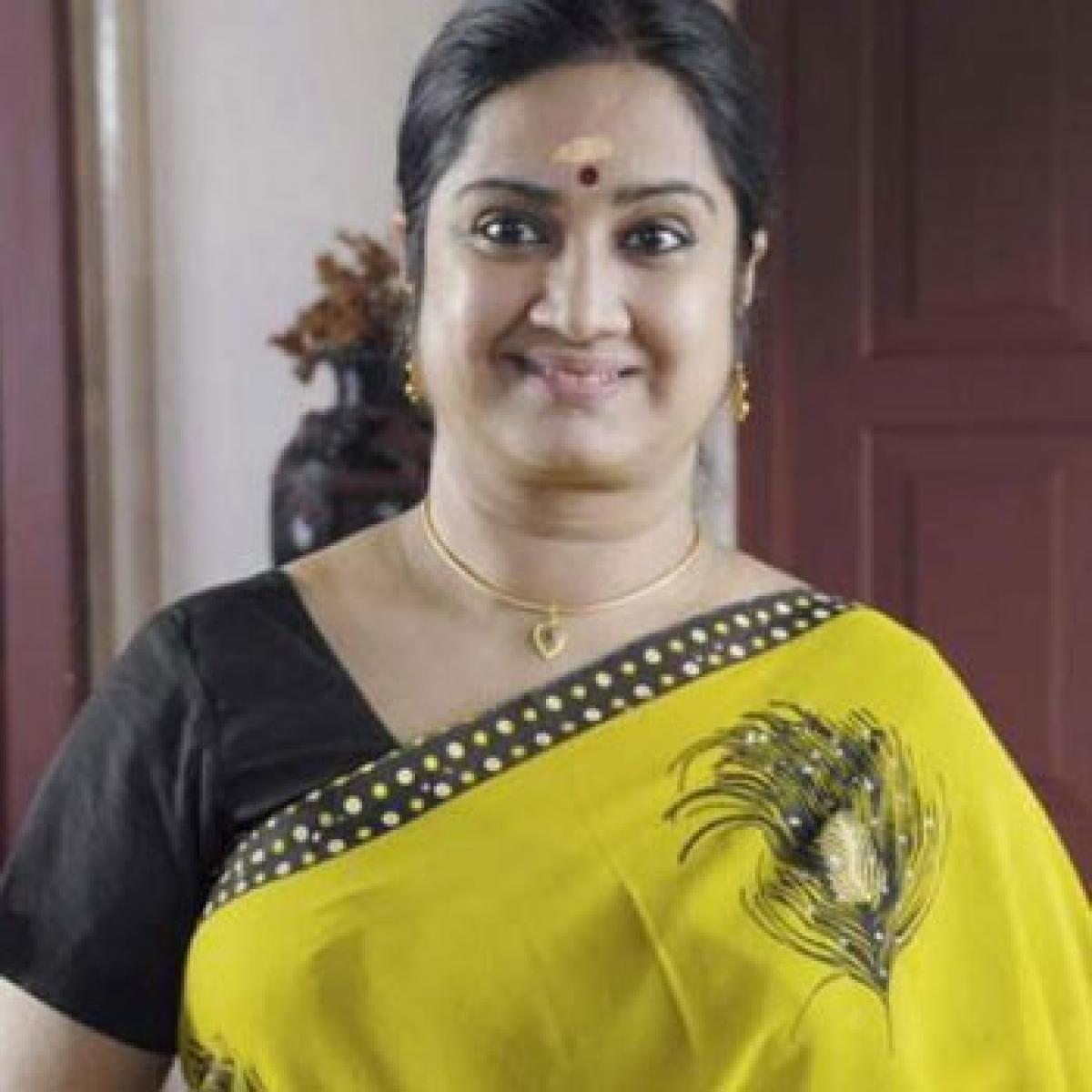 National award-winning Malayalam actress Kalpana Ranjani, who began her career as a child artiste in 1983, passed away on Monday morning here due to heart attack. She was 51. Who was also seen Telugu film “Prema” in 1989.

Hyderabad: National award-winning Malayalam actress Kalpana Ranjani, who began her career as a child artiste in 1983, passed away on Monday morning here due to heart attack. She was 51. Who was also seen Telugu film “Prema” in 1989.

Kalpana, a hugely popular face on and off the screen due to her jovial and happy-go-lucky nature in Malayalam, was in Hyderabad for the shooting of Nagarjuna and Karthi starrer Telugu-Tamil bilingual ‘Oopiri’ and to attend the ongoing South IIFA (The International Indian Film Academy) Utsavam.

“When the staff of a hotel she was staying in failed to get a response from her room, they forced open the door and saw her in an unconscious state. Kalpana was rushed to a hospital where the doctors declared her brought dead. She is believed to have suffered a cardiac arrest”, said Malayalam filmmaker Sibi Malayil.

A statement from ‘Oopiri’ team read, “She completed her portions on Sunday itself. She was required for a few patch work portions on Monday but it was unfortunate that she passed away in the interim.”In a career spanning over three decades, Kalpana had donned the greasepaint in more than 300 films, including numerous Tamil films. Her sisters Urvashi and Kalaranjini are also actresses.

‘Charlie’, presently running to packed houses in Kerala, was her last film and all through her career she was often seen in comedy roles. Her most popular films include ‘Dr Pasupathy’, ‘Kowethuka Varthakal’ and ‘Butterflies’ to name a few.

She won a National Award for the Best Supporting Actress in the film ‘Thanichalla Njan’ in 2012. Survived by a daughter, Kalpana had separated from film director Anil Kumar in 2012.