Too sculpted to be touching 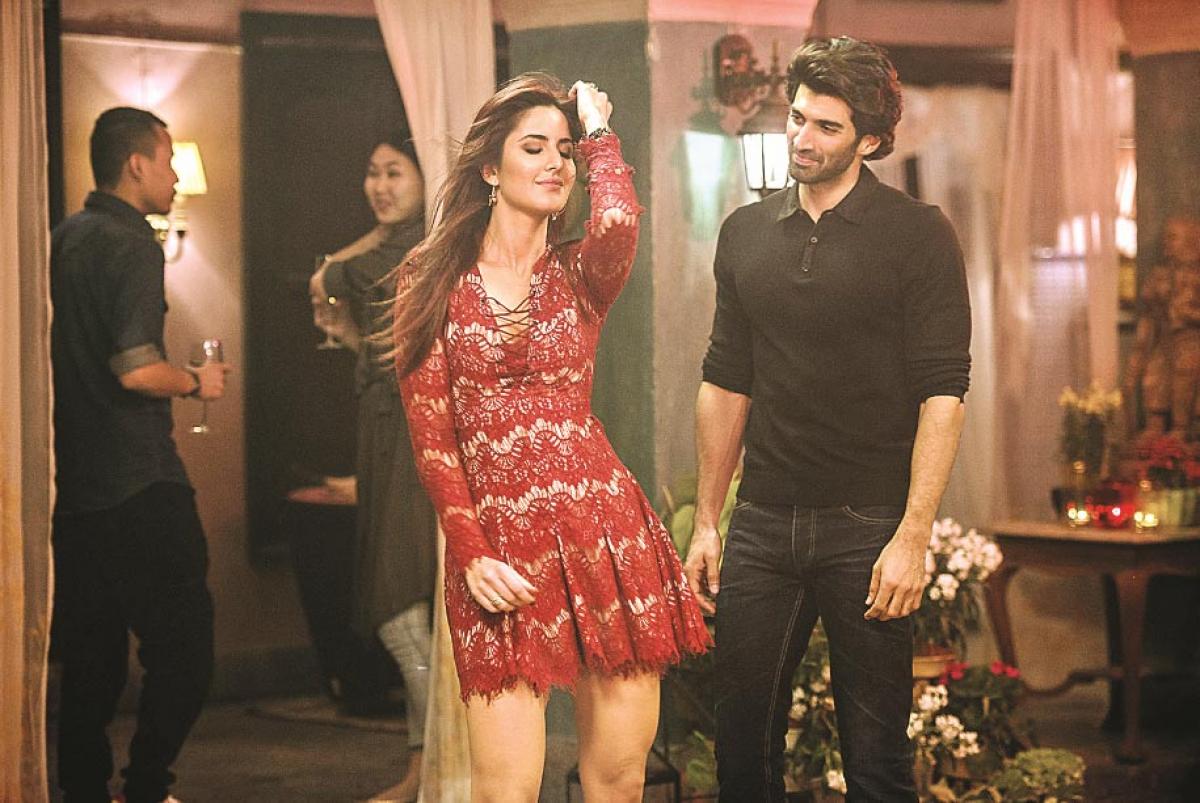 The gal is rich and full of attitude, the guy is poor and full of hesitation. There is also the rich poor divide and the poor boy now visits the palace run under the control of Begum Hazrat (Tabu) whose ward Firdaus is the girl who wears her attitude on her sleeve. Time moves our principal characters age to move their ways.

What remains? Sirf mein aur mere aalishaan mohabbat! The protagonist laments. It is exactly the problem with Abhishek Kapoor and his ‘Fitoor’. One dark night in the snow clad Kashmir a little boy Noor (Abrar) runs into a terrorist on the run. This is the prologue to a narrative that then takes you through reels of calf love that starts with an eerie feel of doom.

The gal is rich and full of attitude, the guy is poor and full of hesitation. There is also the rich poor divide and the poor boy now visits the palace run under the control of Begum Hazrat (Tabu) whose ward Firdaus is the girl who wears her attitude on her sleeve. Time moves our principal characters age to move their ways.

Firdaus (Katrina Kaif) is at the London School of Design, while the local Pip Noor becomes a great modern artist sculpture and painter. The two who had earlier parted ways are bound to meet. While art enthusiast Leena Baker (Lara Dutta) assists Noor, the world laps up his works with unmatched enthusiasm.

So we have the brewing love story of the rich girl and poor boy. The complications are, however, that Firdaus has a past. Mom Begum Hazrat has had her black baggage. She in her youth (Aditi Rao Hydari) had eloped and is forced to return home after being jilted by her lover. In the huge palace that she now dwells in, Begum plays her games and ensures that the brewing romance does not take off.

Firdaus is engaged to a minister from the other side of the border Bilal (Rahul Bhatt). While Noor is madly in love with Firdaus, the latter is constantly reminding him that she is engaged to Bilal and her commitment is to her fiancé. The sculptor is thus chasing a dream that is bound to be a disaster. The rich girl is playing it safe. The Lady is playing her games and love is the visible casualty.

Technically the film is to be assessed from two wise statements stated in the film: Dil ki suna karo, aur who ab tumhara kahan raha! The filmmaker has to go by what his heart commands and he is so committed to the product that he loses the creative passion of being the detached creator. Qayamat bhi kya cheez hai, na dastak, na awaaz.

Our director has the brooding disaster creep into his script without warning. Resultantly he has everything going his way and yet he fails to deliver that final product that could make this Indian version of the ‘Great Expectations’ a masterpiece. Ideally, one would think that a Charles Dickens tale is fine inspiration and a great breeding ground for a Hindi film. Yet the filmmaker fails to deliver the final punch.

This is not to say that the film is not good. In fact, it is a very engaging film to the discerning. From the moment when a bomb blast happens on the streets of the city to the fine conflict between the raw and suave, the cultivated and the pure is stark in visibility and moves without about trying to build a case in favour of the virtues of the honest poor lover.

The filmmaker tries too much in the latter part thus getting the audience a tad confused and tied up in knots. The skeletons falling off the cupboard leave the audience a tad bemused. The film swings between aching and enduring moments to bland and structured moments. The mood swings leave you with a product that lacks consistency. The problem with ‘Fitoor’ is that it lacks exactly that— passion.

The end product is too sculpted to be touching. If all this is not enough the Dickens tale suddenly presents a Howard Roark scenario akin to the ‘The Fountainhead’ climax where the artist completely destroys his own masterpiece. Performances are a tad disappointing. I think Katrina is a bad choice in the first place for a role that carries so much of inbuilt conflict. Tabu just takes herself too seriously.

She paints her grey laboriously and makes an effort to remind the viewer of her ‘Haider’ outing. The most genuine of all seems Aditya Roy Kapoor and even he is short of the drunker rejection he translated so well in ‘Aashiqui 2’. Great expectations? Good but not great results.