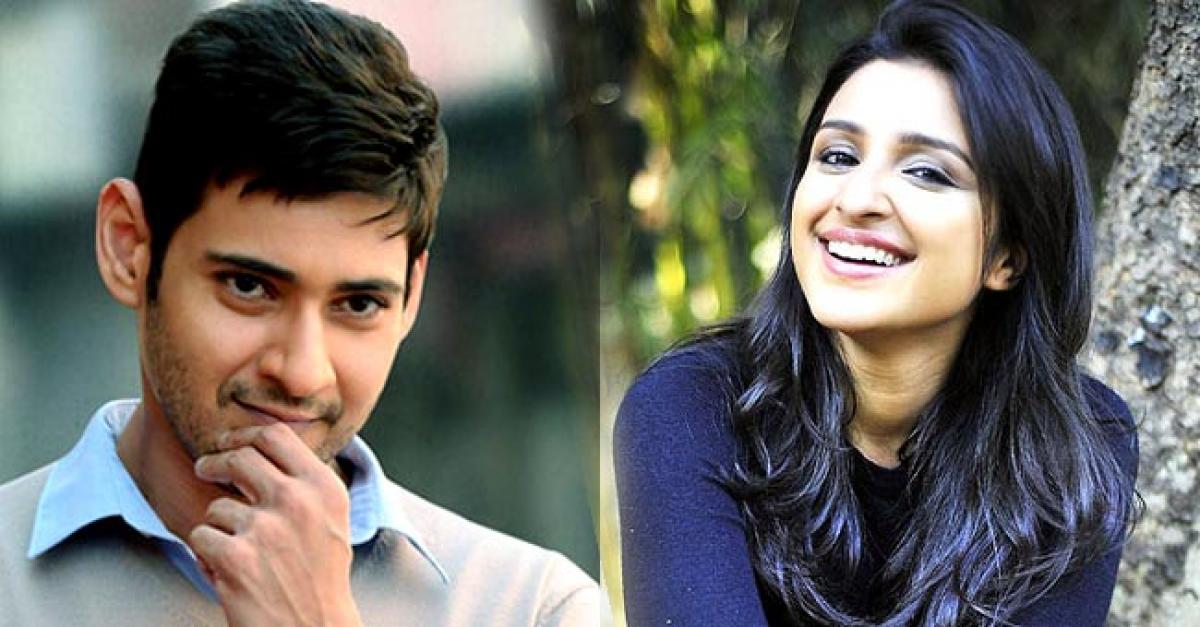 The makers of superstar Mahesh Babu\'s yet-untitled next Telugu-Tamil bilingual are said to be in talks with three actresses, including Bollywood\'s Parineeti Chopra, for the role of the leading lady.

Chennai: The makers of superstar Mahesh Babu's yet-untitled next Telugu-Tamil bilingual are said to be in talks with three actresses, including Bollywood's Parineeti Chopra, for the role of the leading lady.

"It is a single heroine subject. The makers are in talks with Sai Pallavi, Keerthy Suresh and also Parineeti Chopra for the female lead. Nobody has been finalised yet," a source from the film's unit told IANS.

The film will be directed by A.R. Murugadoss and produced by Tagore Madhu.

"Murugadoss is keen on roping in Sai Pallavi or Keerthy since both of them know the languages in which the film will be made in. However, Parineeti is being considered to attract pan-Indian audience," the source said.

The regular shooting of the project will roll from April-May.