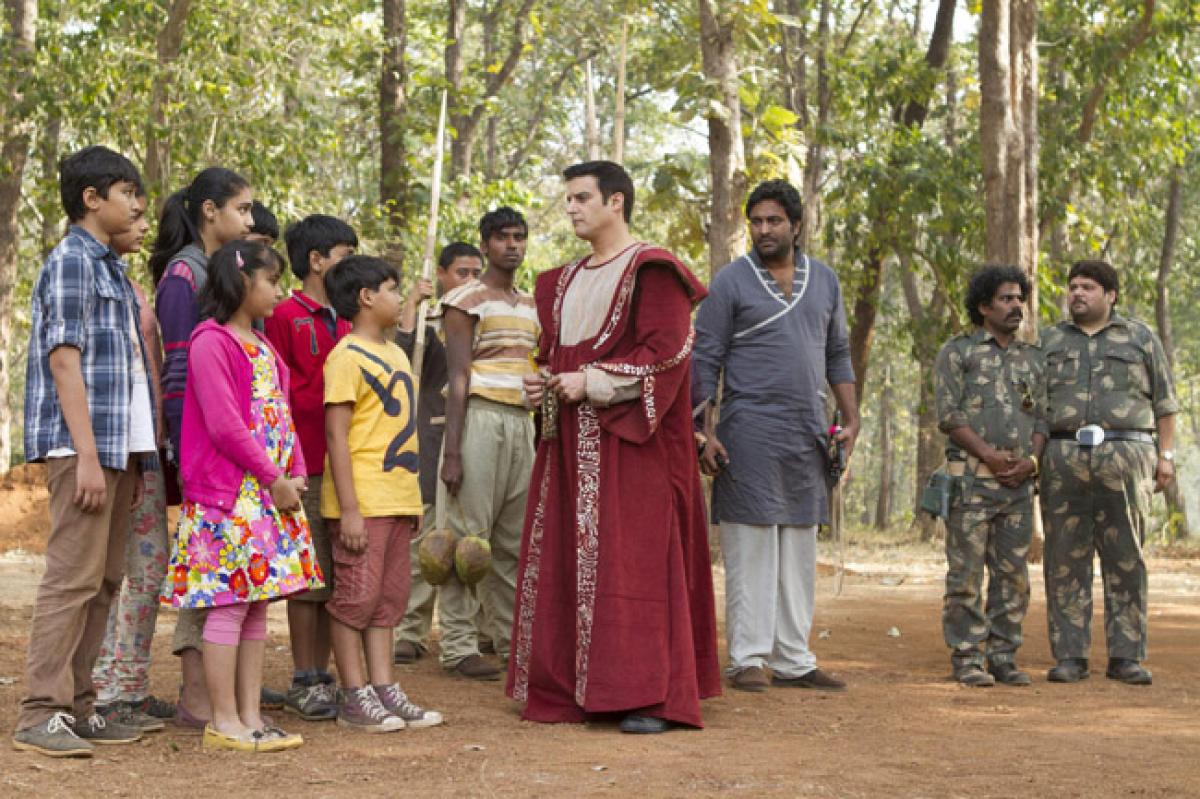 One of the celebrated cinematographers of Bollywood, Amitabha Singh, whose projects KHOSLA KA GHOSLA, CHILLAR PARTY and THE GOOD ROAD won National...

One of the celebrated cinematographers of Bollywood, Amitabha Singh, whose projects KHOSLA KA GHOSLA, CHILLAR PARTY and THE GOOD ROAD won National Awards, is now set for his directorial debut SHORTCUT SAFAARI. A jungle adventure film with undercurrents of parenting and nature - SHORTCUT SAFAARI, starring Jimmy Sheirgill in a pivotal role is grabbing the right eyeballs and impressing likeminded bodies and individuals who vouch to return to Mother Nature.

The movie was premiered at The National Children's Film Festival (NCFF) and is releasing on April 8, 2016 in India.

Mr. Arunprasad Durairaj, Co-Founder of Flintobox (a unique theme-based development programme for children designed to engage, develop, shape and reunite children in a meaningful way at home and with nature) feels that the movie will connect with its target audience.

Sharing his thoughts and association with the film which matches Flintobox idea and concept, Mr. Durairaj says, “SHORTCUT SAFAARI and Flintobox share the same premise of believe. We are associated with the film in different ways, giving freebies, spreading awareness, encouraging people, etc through our medium and platform”.

On being asked how relevant is the idea to connect with nature in today’s time when life is incomplete without gadgets/gizmos, Mr. Durairaj says, “ It’s important for a child to remember/cherish his childhood, things like dancing in rain, playing in mud, catching butterflies is rapidly becoming a passé in our modern way of living, today’s kids are not that fortunate to understand/feel the presence of the outside world in real, we at Flintobox, are making children aware of the world beyond technology, they learn farming, growing their own food, fishing, painting etc.. depending upon their age group. We all have heard of a ‘Safaari’ but rarely have we seen. The movie through a journey of a Safaari makes children realize the importance of nature and children along with their parents - for whom such outings during their childhood gives them a nostalgic feel, will result in delivering the message to its audience and a movie like SHORTCUT SAFAARI is important and relevant in today’s world of trendy gadgets.”

Amitabha Singh's SHORTCUT SAFAARI, starring Jimmy Sheirgill in an interesting role along with a bunch of kids, is targeting its audience in the right manner. The CFSI support and now the co-founder of Flintobox, Mr. Arunprasad Durairaj assurance, the movie is set to bring our kids back to the nature’s touch.