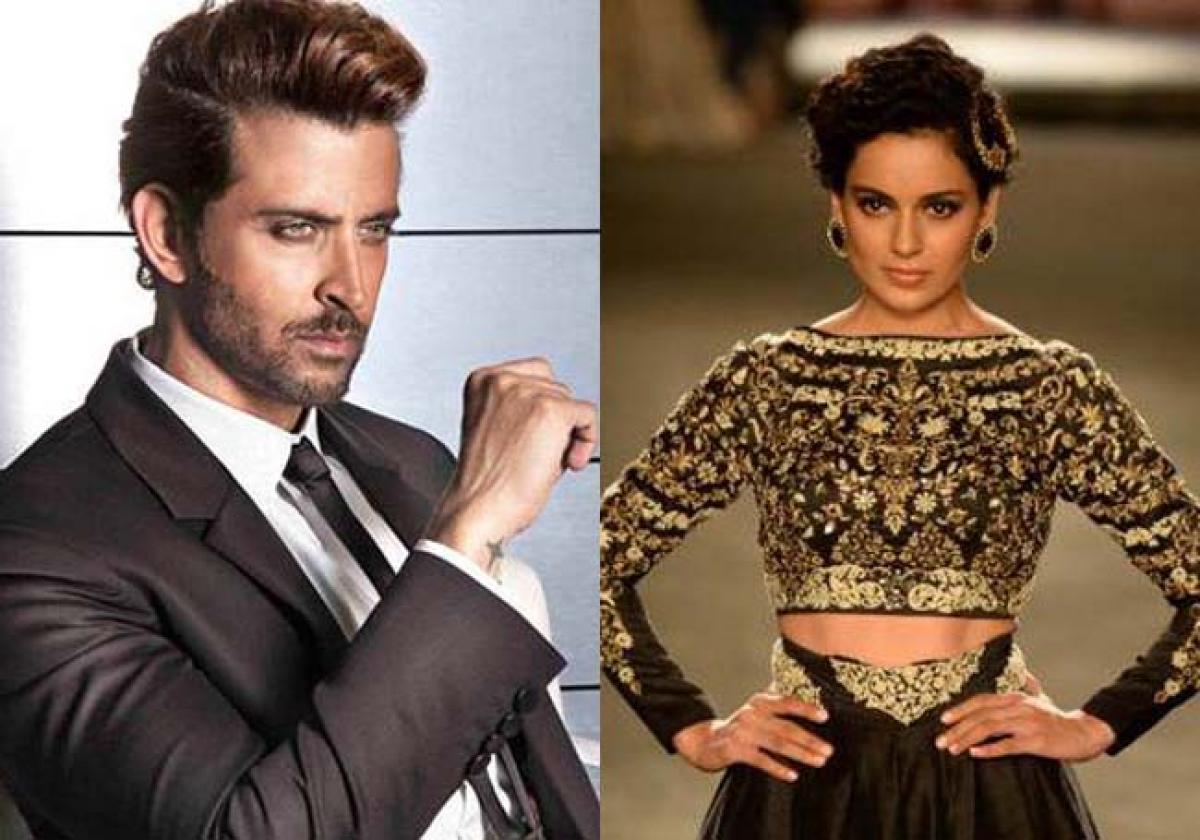 Actress Kangana Ranaut\'s lawyer says he sent a counter notice to actor Hrithik Roshan on behalf of his client as his demand that she tender a public apology to him for defamation is baseless.

Mumbai: Actress Kangana Ranaut's lawyer says he sent a counter notice to actor Hrithik Roshan on behalf of his client as his demand that she tender a public apology to him for defamation is baseless.

The controversy between the two actors, who were rumoured to have been dating in the past, has taken an ugly turn with both of them slapping legal notices against each other.

While Hrithik sent a legal notice to Kangana a few days ago for tarnishing his image, the actress' lawyer Rizwan Siddiquee told IANS: "There was a notice sent by Hrithik's lawyer. It was regarding the application of mind...because notice of defamation was sent to Kangana without showing any such instances where the defamation was actually made out.

"There was no case made in the notice, so it was an absolutely baseless and useless notice. I sent a counter notice to them."

Siddiquee said that while Hrithik has claimed that he does not know Kangana socially, he has enough "substance" to prove otherwise.

According to the notice, Hrithik reportedly wants Kangana to hold a press conference and tender an apology to him, making it clear that she had not hinted at Hrithik Roshan as her 'silly ex'.

However, Siddiquee has questioned why is Hrithik considering that he is the "silly ex" that Kangana once mentioned to the media.

"Most importantly, when Kangana says my 'silly ex', why does this gentleman react and claims he was only the silly ex. She didn't take anybody's name... You (Hrithik) gave this statement on Twitter that 'I would rather date a Pope...', which was followed up with the notice."

Issues began when Kangana hinted at Hrithik being her 'ex' when she said in an interview that she fails to understand "why exes do silly things to get your attention".

The topic in discussion was Hrithik's hand in getting Kangana replaced by Sonam Kapoor in "Aashiqui 3".

In an indirect dig to that, Hrithik had later tweeted: "There are more chances of me having had an affair with the Pope and any of the (I'm sure wonderful) women the media has been naming. Thanks but no thanks.”

This set the stage for their legal war which has begun now.