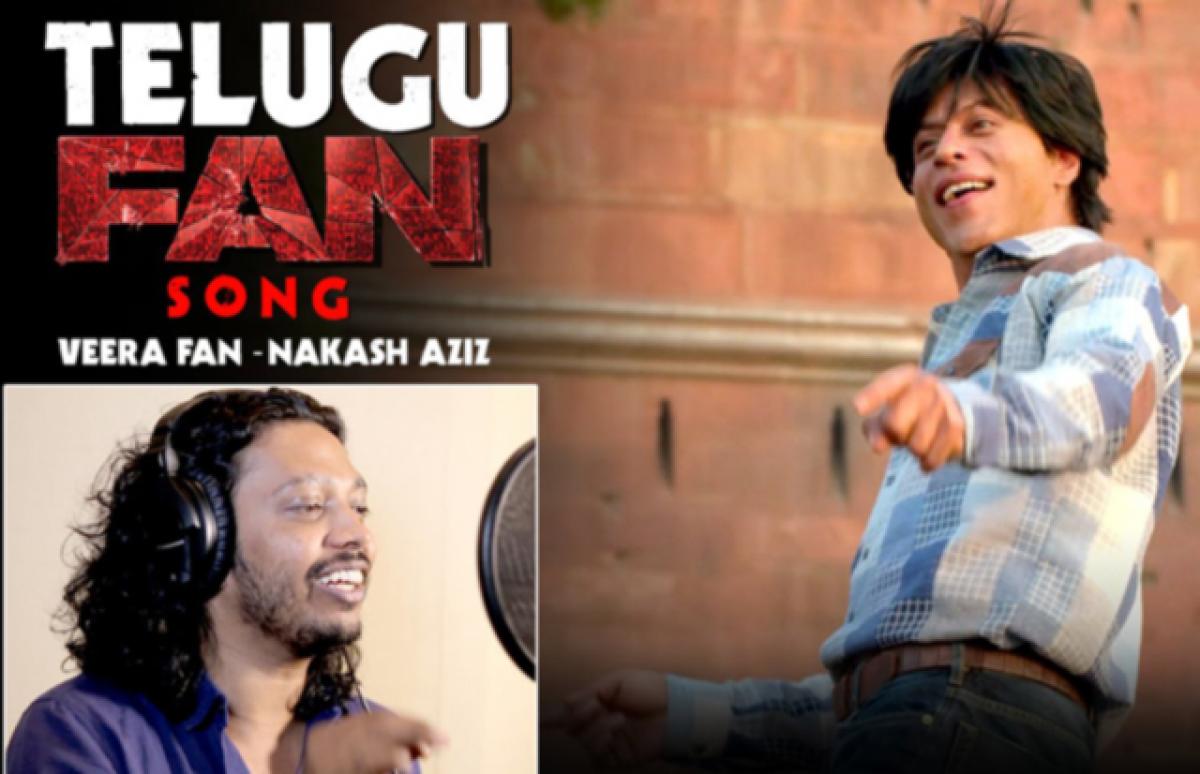 Titled \"Veera fan\", the Telugu version has been sung by Nakash Aziz, who has also crooned the Tamil version titled \"Takkara fan\".

Mumbai: The theme song "Jabra fan" from the upcoming film "Fan" now has a Telugu version.

Titled "Veera fan", the Telugu version has been sung by Nakash Aziz, who has also crooned the Tamil version titled "Takkara fan".

"Here’s the Telugu version of the Fan anthem sung by Nakash Aziz, and its ‘Veera’ tune is simply infectious," read a post on Yash Raj Films's official Twitter page.

On this, the "Dilwale" star commented: "Yay, finally the Telugu version of 'Jabra Fan' song."

"Fan" revolves around a young boy from Delhi named Gaurav essayed by Shah Rukh, who embarks on a journey to the city of dreams, Mumbai, in order to wish his favourite actor Aryan Khanna, played by the Bollywood Badshah again, on his birthday.