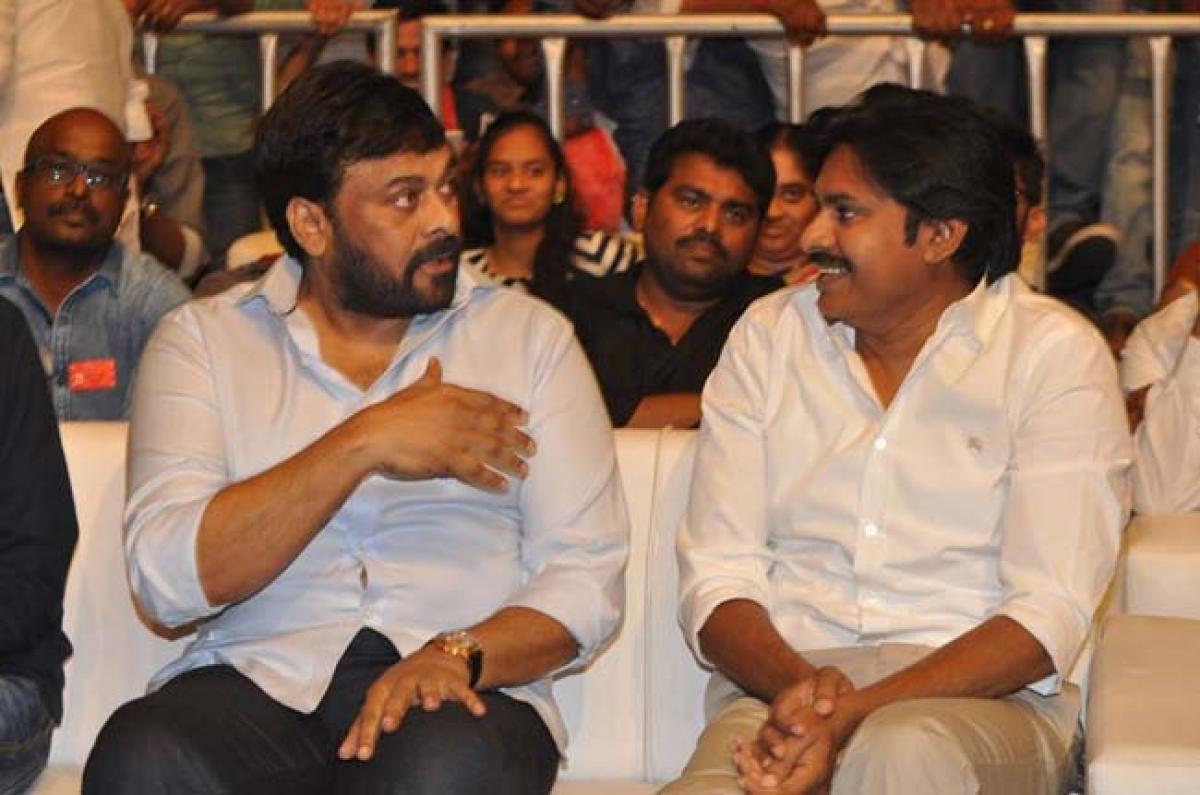 Generally, Pawan Kalyan never opens up about his brother and megastar Chiranjeevi or shows his affection towards him at the audio functions. Pawan had ...

Generally, Pawan Kalyan never opens up about his brother and megastar Chiranjeevi or shows his affection towards him at the audio functions. Pawan had skipped several functions related to other Mega heroes.

But the audio launch of Sardaar Gabbar Singh witnessed two mega brothers on the stage and both were seen showering praises on each other. While Chiranjeevi was seen praising Pawan Kalyan continuously during his entire speech, even Pawan lifted his brother to the sky with his words. The power star attributed his career to Chiranjeevi and Surekha. He said that he would not come to films if not for Chiranjeevi and Surekha. "Annayya and Vadina are the reason to become an actor. He set the platform for me and I just used it," he said.

Pawan tried to explain his fans about how much his brother loves him and encouraged him throughout his film career. Although both the actors did not speak about politics, Pawan hinted that their paths were different in politics.