On a grand note 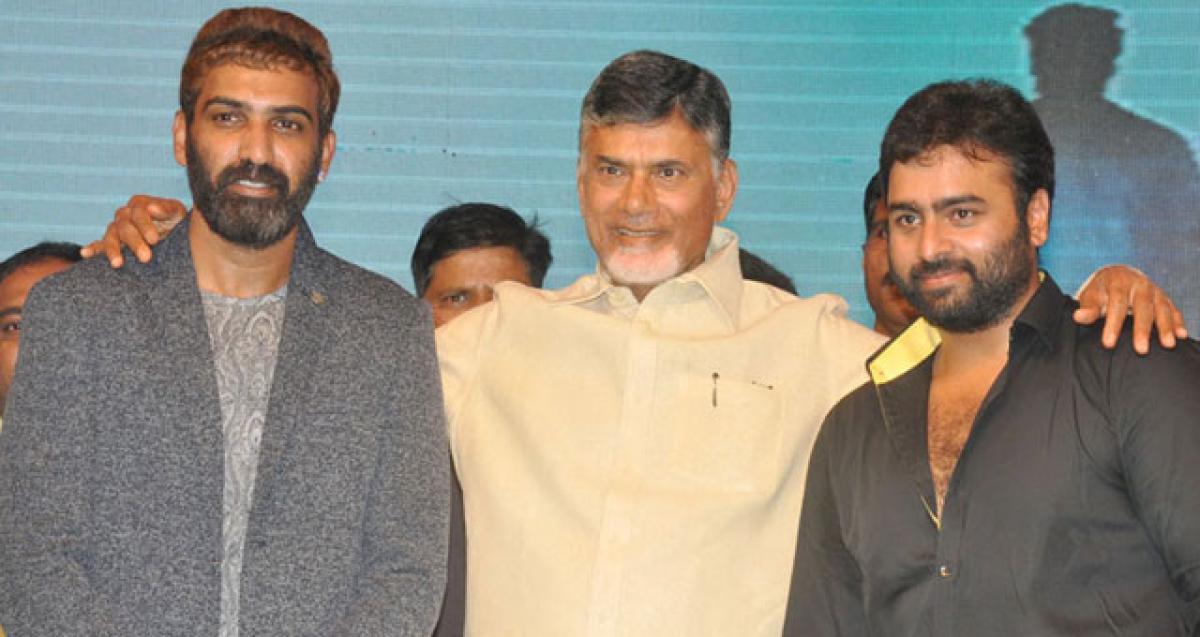 Speaking after unveiling the audio, Babu said thanks to Rohith’s entry into films, his family now has filmy fans too. Appealing filmmakers to come up with films that instill values in the society, he further said that AP can be explored as a perfect shooting destination.

“The State has some scenic locations and I appeal to filmmakers to come and shoot here; our government will support you,” he said.

Besides the cast and crew of ‘Raja Cheyyivesthe’, Babu’s cabinet colleagues P Pulla Rao and D Uma Maheswara Rao too were in attendance at the event which went on with much pomp and show.