Garage set to hog the limelight 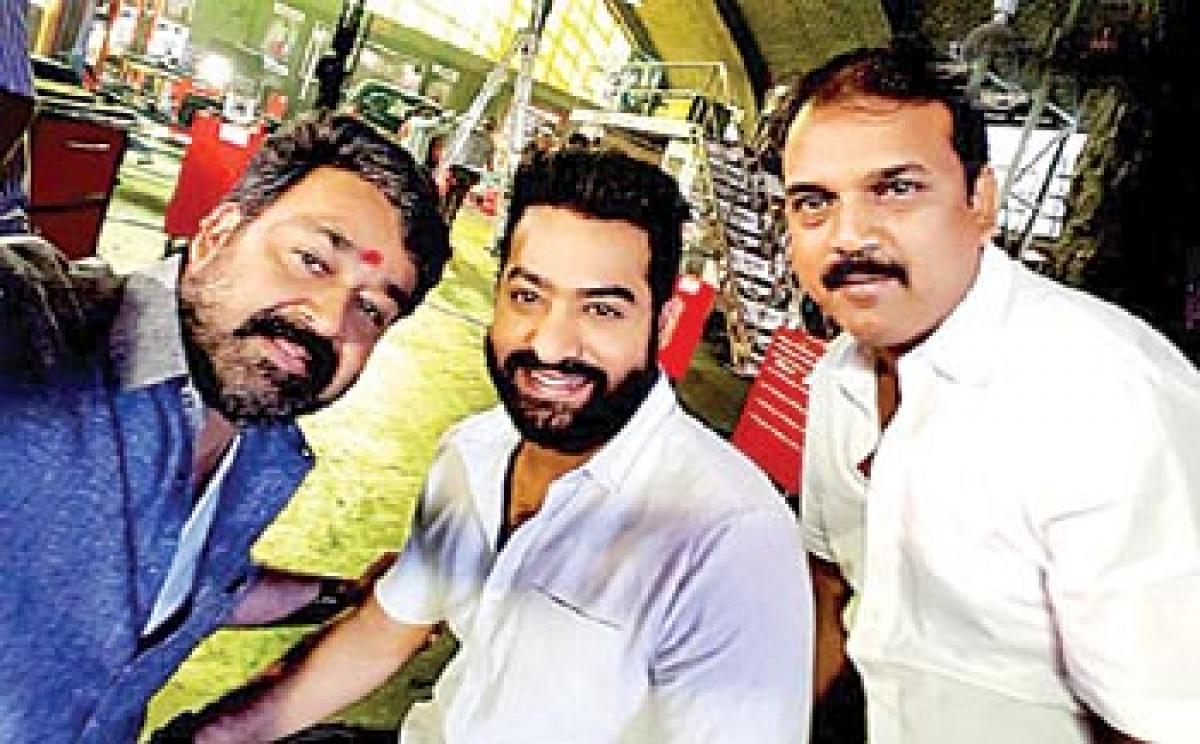 The massive set that has been erected for a major portion of NTR-starrer ‘Janatha Garage’ at Sarathi Studios in Hyderabad has become the talk of the...

The massive set that has been erected for a major portion of NTR-starrer ‘Janatha Garage’ at Sarathi Studios in Hyderabad has become the talk of the town. A little digging helped us to find out that as many as 500 old cars are being stationed in the lavish garage set.

The makers sourced these cars through various mechanics in the city. The interesting element here is that all the cars are being left hanging in the garage set as display pieces of NTR’s work.

The garage set is a key element in the story since NTR, who plays IIT alumni, works in it. Also, the set is surrounded with flexes showing Business awards (given by established media houses) to the actor during his journey. Key scenes between NTR and Mohanlal, and other support cast will be filmed at this set.

“The makers spent a bomb to erect the set in the context of the plot. In fact it is the first set that has been put up for the film. They hired a production designer who is a specialist in erecting garage sets,” shared a little birdie.

The action-drama, featuring Samantha and Nithya Menen, alongside NTR is directed by Koratala Siva. Y Naveen, Y Ravi Shankar and CV Mohan are producing the film under Mythri Movie Makers.