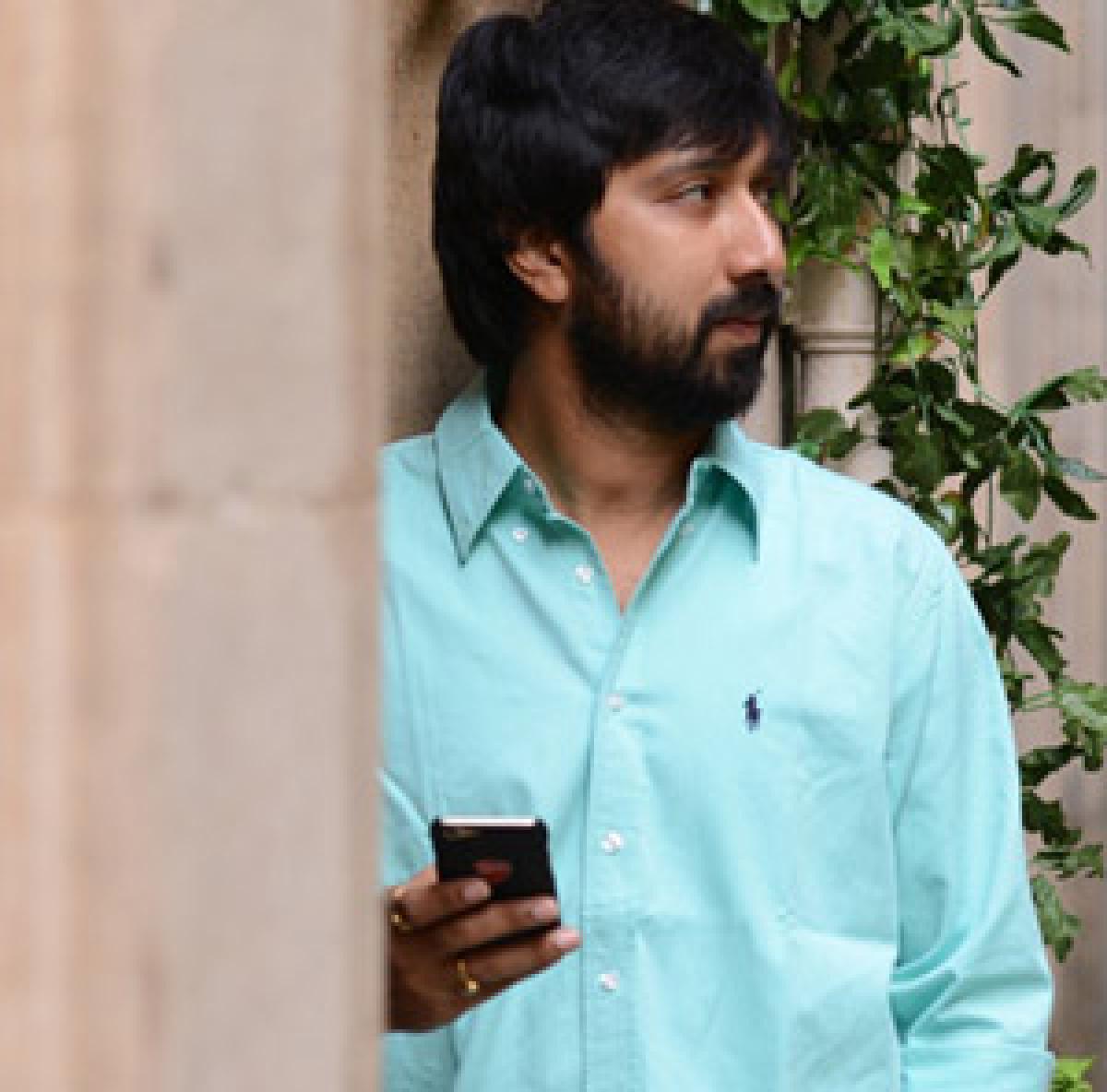 Back in November 2014 when producer Sharrath Marar, Pawan Kalyan’s friend and producer, rang director Bobby to let him know about a possible opening to sit in the director’s saddle for ‘Sardaar Gabbar Singh’ (SGS), the writer-turned-director couldn’t believe his stars. “I’ve later met Pawan Kalyan garu at his farm house.

Bobby aka KS Ravindra talks about bagging the opportunity to direct Pawan Kalyan, his biggest take away working with the power star and next move

Back in November 2014 when producer Sharrath Marar, Pawan Kalyan’s friend and producer, rang director Bobby to let him know about a possible opening to sit in the director’s saddle for ‘Sardaar Gabbar Singh’ (SGS), the writer-turned-director couldn’t believe his stars. “I’ve later met Pawan Kalyan garu at his farm house.

Direction opportunity aside, I was keen to get photographed with him but 15 minutes into the meeting, he told me I will be calling the shots,” exults Bobby, admitting that until the announcement was made public, he was in dreamland. “I travelled with Kalyan garu for a month before the news was revealed to the press. What would be the general reaction of a guy who bagged an opportunity to helm Pawan Kalyan’s flick? Obviously he would be over the moon, right?”

Since Pawan had written the script and screenplay of ‘SGS’, a story of an eccentric cop who takes on bad elements in Rattanpur, a princely town bordering Chhattisgarh and Telangana, Bobby had to travel with it for five months to get familiar. “I’ve met him on a daily basis for five months and discussed every aspect (of the script) in detail with him before going to floor. I wanted to be sure of what I wanted to do,” he asserts.

Admittedly, he was a bundle of nerves to begin with because of the mammoth expectations surrounding the project. “But once Kalyan garu narrated me the script, I heaved a big sigh of relief. I felt the story had in it to click big time with the audiences as it was set on a massive canvas.”

So what did he learn from the writer-actor? “If he wants to implement an idea, he will never compromise on it come what may. Say for instance I want 100 horses for a scene but there are chances for me to not get the number that I want. But with him, he ensures that his vision is in no way compromised.

“He is a multi-tasker. Like cinema, he concentrates equally, on what is going around in the society. I was surprised to see his time management skills, which included balancing shoots and political meetings. He enacts a scene and in the next minute, he is listening to some issue on phone with rapt attention. I’ve learnt the art of multitasking from him,” he rhapsodises.

It was not long ago that there were reports about Bobby not meeting Pawan’s vision and the latter apparently gave a dressing down to the former. Put that to him and he is quick to reply, “It’s a big film and it’s but natural for such reports to surface. There were no creative differences as such and I was on his page. Had I was not meeting his expectations; he would have stopped the film midway and would have taken another decision.”

In fact, the director points out that Pawan was impressed with his work big time. Citing an example, he recalls, “I’m a big fan of Chiranjeevi garu; the moment I see him I freeze. And when he dropped by the sets recently, Kalyan garu told him that Bobby is doing a great job with ‘SGS’ and that he should give me a chance to direct him. I’ve learnt about this after Chiru garu left. I couldn’t have asked for more that day.”

It was Pawan Kalyan, insists Bobby, who wanted to the film to arrive in April. “The first eight months of the shooting was fun as we used to shoot for a limited number of days in a month. Later this January, Kalyan garu had a word with me and Marar, asking us to take measures to wind up the film by March. He was like, ‘It’s been three years since I conceived the idea (of the film) and the fans too are disappointed with its delay.

Why can’t we target an April release?’ At first, we both were worried but by mid-February we’ve realised that we are on track. We worked for three months without taking a day off.”

Is he under pressure as the film is just six days away to make its way to cinemas? Turns out he was, before the re-recording. “But once I saw the film with background score in place, I was relieved. I want to take a break of a month after the film releases and then plan my next,” he ends.