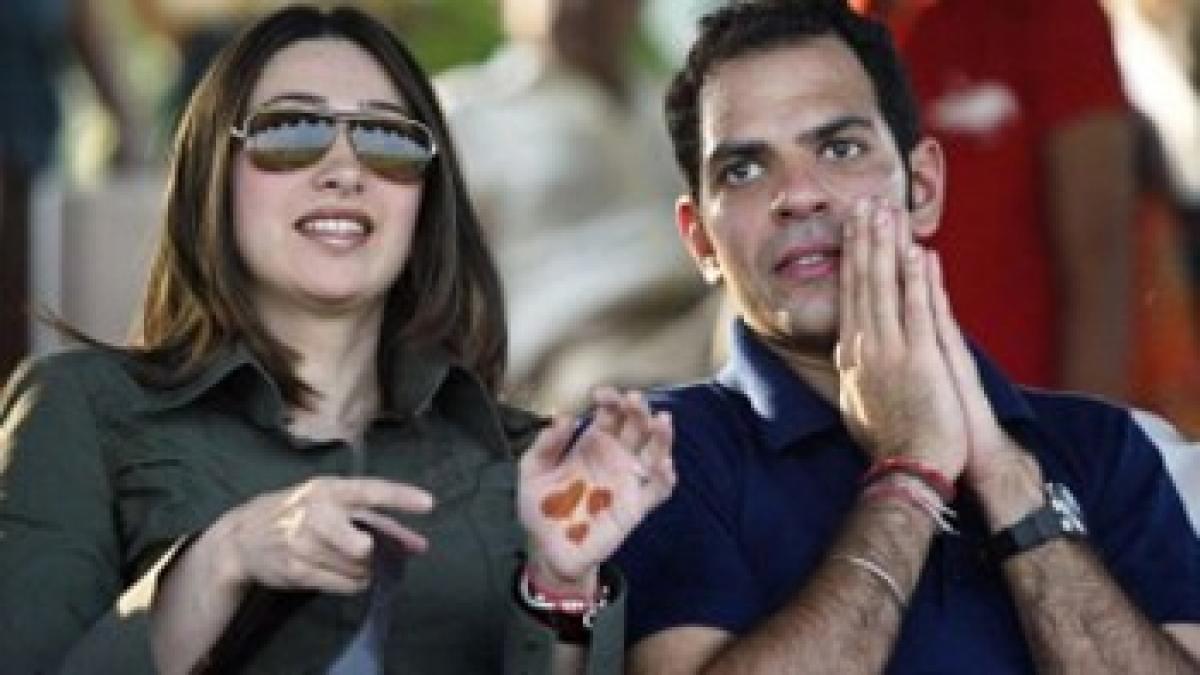 Bollywood actress Karishma Kapoor and her estranged husband Sanjay Kapoor on Friday arrived at an amicable settlement of the terms of their divorce...

Bollywood actress Karishma Kapoor and her estranged husband Sanjay Kapoor on Friday arrived at an amicable settlement of the terms of their divorce before the Supreme Court with her getting custody of their children and him getting visitation rights.

A bench of Justice A.K.Sikri and Justice R.K.Agrawal were informed about the terms of settlement in the course of the hearing held in their chamber. With this, the divorce suit filed before a Mumbai court would be converted into mutual consent divorce plea.

Hearing on the divorce plea by the Mumbai court will take place in June.

Karishma's lawyer Sandeep Kapoor told IANS that there were certain areas where there were difference between the couple but they were ironed out with the intervention of the judges.

In the wake of the settlement, all the cases instituted in the course of matrimonial discord would be withdrawn, he said, adding the terms of settlement run into eight pages.

While Karishma would continue to retain custody of children, Sanjay Kapoor would have visitation rights to meet them during summer and winter vacations and during Diwali holidays, Sandeep Kapoor told IANS.

During the last hearing on March 8, the apex court bench was informed that both Karishma and Sanjay Kapoor have agreed on all the terms of settlement for parting of ways and have to work out a few modalities before they could be signed.