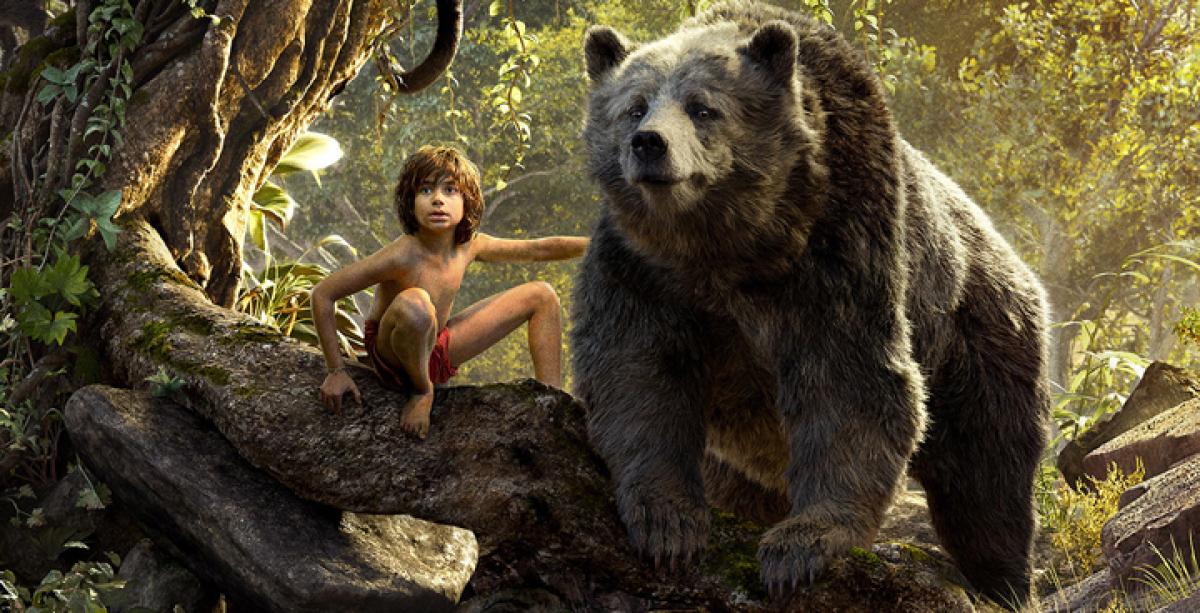 Whatever the reasons, the audience has always waited with baited breath for a Jungle Book release. And, the much awaited Disney production with its live action-animation is a brilliantly mounted film that enthralls you for most of its runtime. Visually, the film is breathtakingly stunning. Director Jon Favreau makes his film palpable with its wonderfully detailed characters in the dense jungle which anyone would swear is real.

A tale of self-discovery, narrated from Bagheera (Ben Kingsley), the panther's point of view, you witness Mowgli (Neel Sethi) in the thick of the jungle. His experiences are captivating and enthralling. The story remains the same: of how, an orphaned human boy, raised by wolves, Raksha (Lupita Nyong'o) and Akela (Giancarlo Esposito) along with their packs, lives in harmony with the other animals of the jungle.

Till one fine day, Shere Khan, the scarred tiger drives Mowgli away from the jungle to join his own species. How Mowgli survives in the wilderness, forms the crux of the narration. Justin Marks's script does not veer too far from its source material. The plot has limited dramatic tension. Nevertheless, it holds your attention till the very end.

The screenplay is well-designed in the typical Disney fashion with each character being given its due screen time. While every animal is engaging, it is Mowgli's interaction with the hedonistic Baloo that brings life into the otherwise dry narration. It is interesting to watch him con Mowgli into getting him his winter supply of honey. There is not one boring scene, despite the fact that the tension is mild and frisky throughout the film.

Neel Sethi as Mowgli is endearing. His challenging performance is par excellence. He portrays Mowgli's moods to perfection. And, he is aptly supported over voice, by the ace star cast, where every character's voice is lent precisely. Ben Kingsley is charming as Bagheera, Scarlett Johansson is mesmerising as the scheming python Kaa, Idris Elba is intimidating as Shere Khan, Christopher Walken as the grotesque king of the monkeys is dynamic and Bill Murray with his bubbly tone as the genial rascal Baloo is charming.

While the sound which includes most of the animal voices and cries is immersive and all pervasive, the computer-generated images are impressive but the 3D effects do not stimulate you. The film editing is astonishing; the rhythm of the pace is racy and swift, making it highly entertaining.

The songs, "The bare necessities" and "I wanna be like you", which have made Jungle Book memorable over the years have not been well-integrated into the narration. But it is the new cheeky number, filmed in Downtown Los Angeles during the end credits which will definitely perk you up as you leave the theatre.