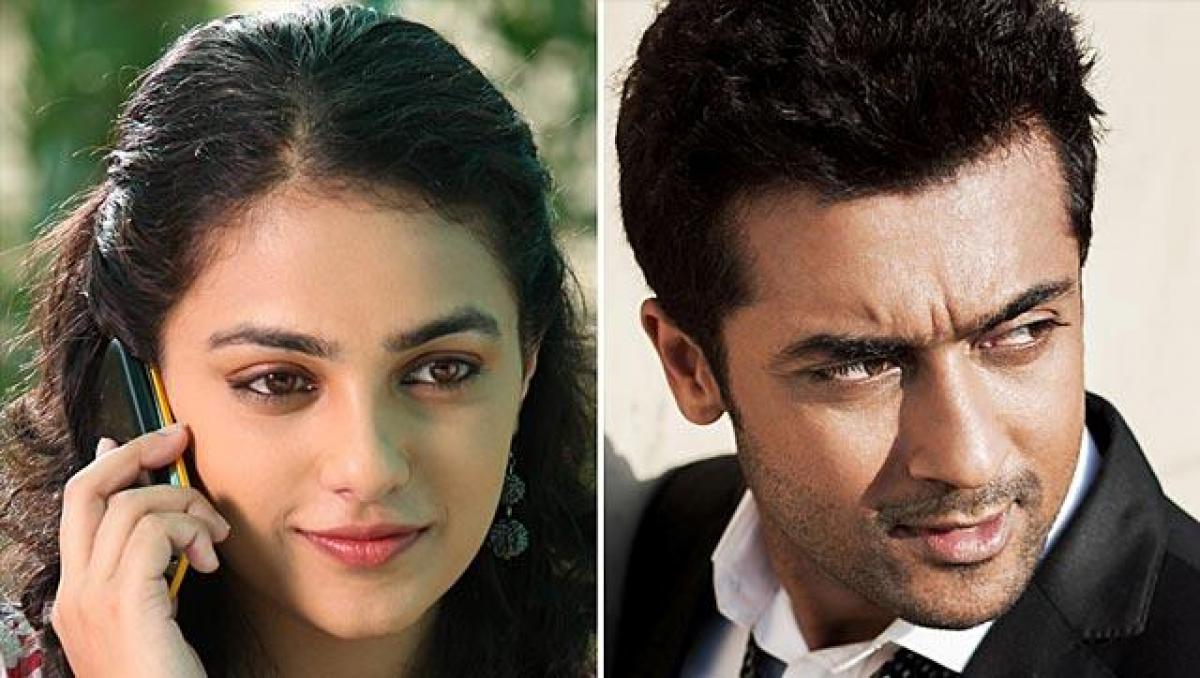 Actor Suriya said on Monday that he respects his co-star Nithya Menen from upcoming Tamil sci-fi thriller \"24\", for her commitment towards work.

Chennai: Actor Suriya said on Monday that he respects his co-star Nithya Menen from upcoming Tamil sci-fi thriller "24", for her commitment towards work.

"All that Nithya needs is 20 seconds before a scene to prepare herself for the shot. She would close her eyes briefly and get everything right," Suriya said.

He was speaking at the audio launch of the film, which has music by A.R. Rahman.

Talking about the film, which is slated to hit the screens in May, Suriya said: "It's a very ambitious project and it was the first time I heard a story for four and half hours. We've really enjoyed working on the project and I hope everyone will like it."

Suriya plays a triple role in the film.

"I wasn't ready to do another double role script in my career. But, I ended up playing triple roles in this film," he said.