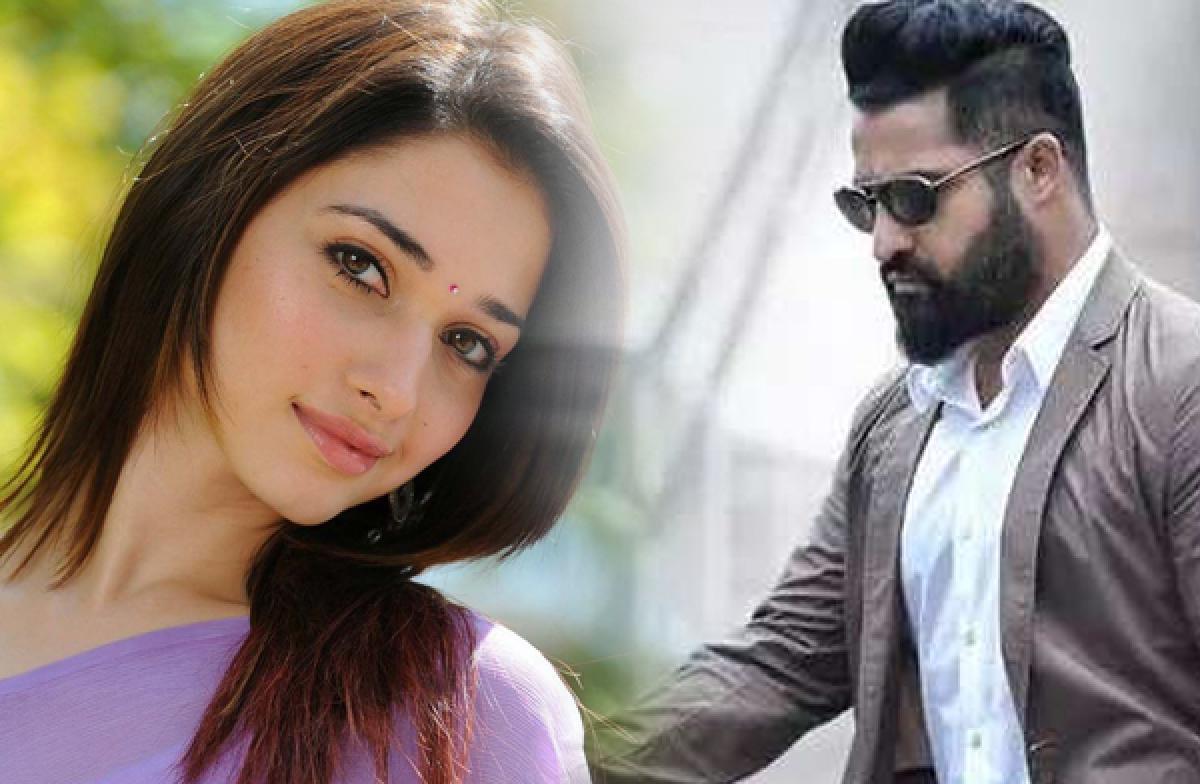 Actor Jr NTR is currently busy with the shoot of Janatha Garage which is being helmed by Koratala Siva. Reports have been doing the rounds that the...

Actor Jr NTR is currently busy with the shoot of Janatha Garage which is being helmed by Koratala Siva. Reports have been doing the rounds that the movie Janatha Garage has wrapped up the first schedule. Samantha and Nithya Menen will be seen in the lead roles for Janatha Garage. The makers of the movie are in the hunt for an actress to shake a leg with Jr NTR for an item number.

One of the names doing the rounds is none other than Milk beauty Tamannaah. We have already seen Tamannaah's item number in Alludu Seenu and Speedunnodu where she has attracted a lot of appreciation. Sources inform that Jr NTR had initially planned to rope in Tamannaah for the lead role in the movie but director Koratala Siva finalized Samantha to be the lead in Janatha Garage.

We have to wait and watch whether the Oosaravelli Jodi will repeat the screen chemistry even if it is for an item number in Janatha Garage. An official announcement is yet to be made by the makers of the movie.