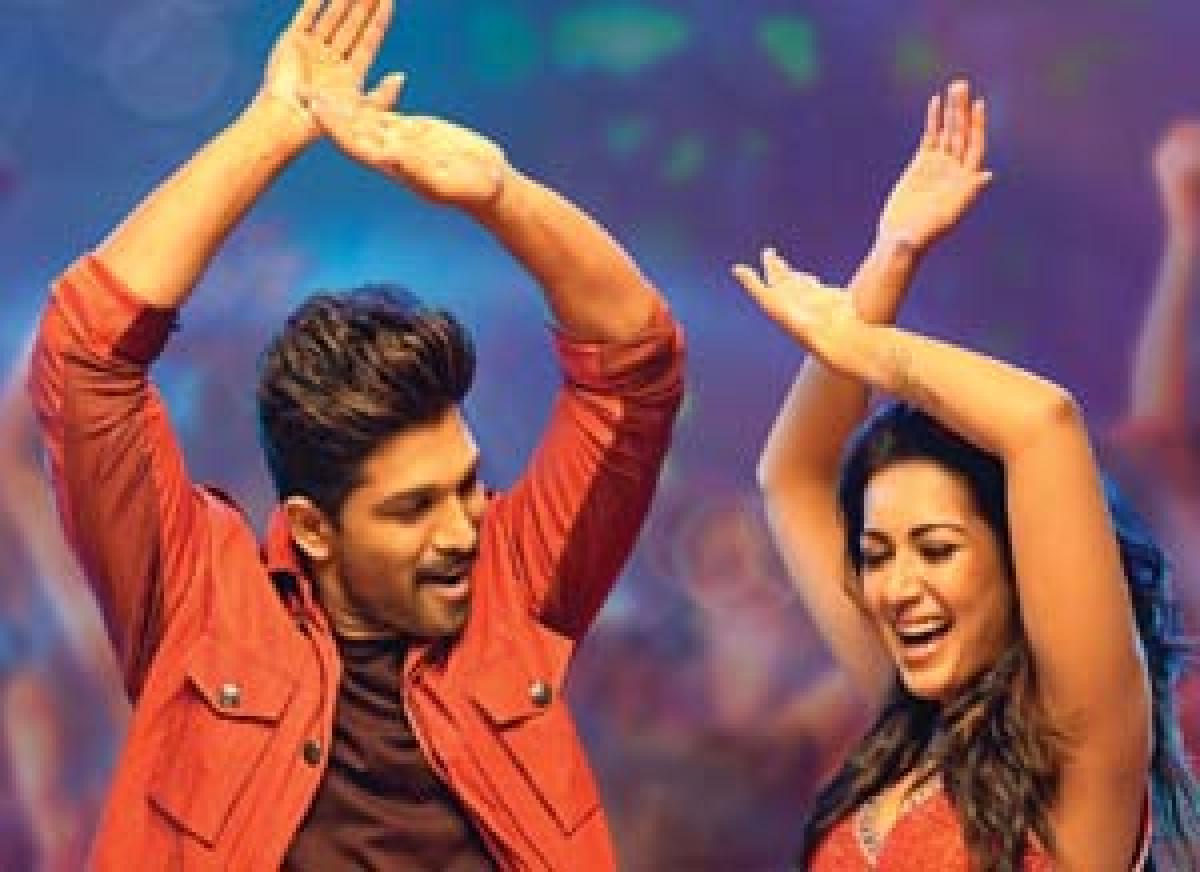 Riding on a wave of hits over the past three years, which have firmly established his image as a solid action-comedy hero in that order, Allu Arjun sails effortlessly with his latest flick ‘Sarrainodu’.

Riding on a wave of hits over the past three years, which have firmly established his image as a solid action-comedy hero in that order, Allu Arjun sails effortlessly with his latest flick ‘Sarrainodu’. A tad too long with its 160-minute run, as the director Boyapati Sreenu seemed to have wanted to showcase every aspect of his macho hero’s potential, the film holds audience attention till the end very well.

A politico-social thriller of sorts, the film begins with the familiar thunderous ‘entry’ of Allu Arjun which identifies the track it is poised to take. A military-returned do-gooder, Arjun has a very accomplished family with his father a senior bureaucrat (Jayaprakash Reddy) and his uncle (Srikanth), a law professional. He would have none of the law-abiding tactics, however, even as his kith and kin want him to stay away from trouble.

Of course, there are many who want to cross his path, the CM’s son (Aadhi Pinnisetty), who is a deal-fixer and has his eyes on fertile farmland back in the rural countryside for a petroleum plant, being one. There is resistance from the public who live in those villages and is spearheaded by one of Arjun’s father’s colleagues (Sai Kumar) whose daughter (Rakul Preet Singh) falls for him, as he goes about fixing up the issue from going out of hand.

She has competition, however, from a MLA-type femme fatale (Catherine Tresa) who is a politician by accident and would be rather happy being ‘My Lovely Angel’ for MLA rather than its political identification! The film travels to its logical end, as the villains meet their nemesis and the hero, once again successfully carrying the film on its shoulders.

Bristling with a sizzler of an action milieu, the director, who is known for his violent action dramas, lets the beefy hero have his fun through punching, crashing and hacking fellow human beings at will. The intensity of the stunts and the variety is gripping and full marks to the action-duo of Ram-Laxman for their innovative choreography.

If there could have been a little more ruthlessness at the editing table, as far as dream songs and length of the action scenes are concerned, the film could have been slicker and zippier. The fans, however, would not mind and rightfully so, with their Mr Right delivering yet another entertainer, worth a watch.