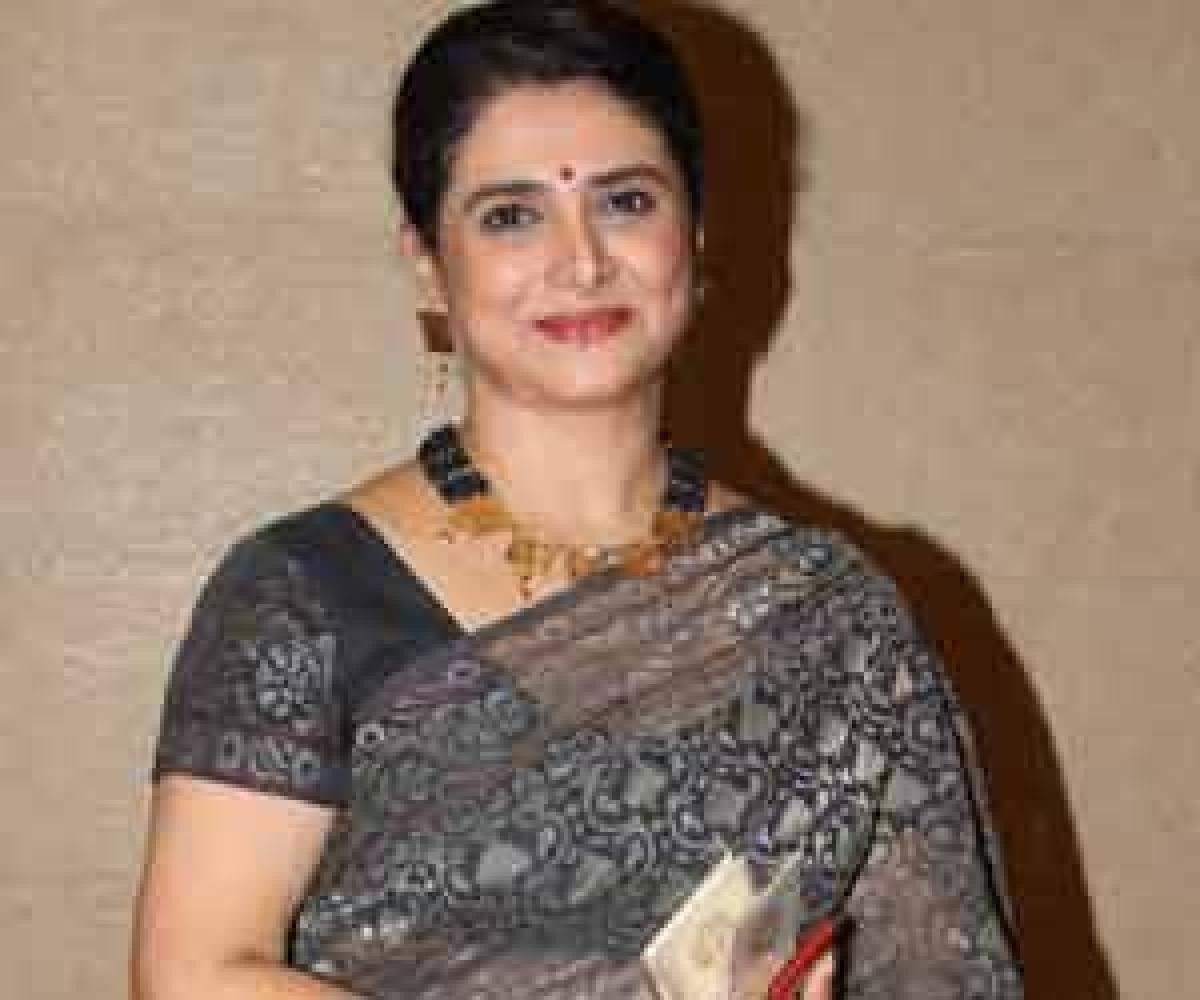 Supriya Pilgaonkar of ‘Tu Tu, Main Main’ fame is essaying the role of “Ishwari” in the ongoing comedy drama series ‘Kuch Rang Pyar ki Aise Bhi’. In a tête-à-tête Supriya speaks about her new show and her stint in television and film industry

Supriya Pilgaonkar of ‘Tu Tu, Main Main’ fame is essaying the role of “Ishwari” in the ongoing comedy drama series ‘Kuch Rang Pyar ki Aise Bhi’. In a tête-à-tête Supriya speaks about her new show and her stint in television and film industry

Supriya plays yet another mother’s role on TV. She speaks about the show, and what keeps her going

What is new in this show?
It's the story of a simple mother. It's just that there is an unspoken bond between Dev and his mother, Ishwari. The bond has strengthened over the time due to the struggles they have faced in life together. Dev is also habituated to sacrifice for the sake of the family from his childhood and now he feels it is his duty. His virtue of nature does not allow him to disobey his mother's wishes.

Ishwari doesn’t want her son, Dev to get married soon? Why?
Of course, Ishwari wants Dev to get married. But this topic did not come up between them till now. Moreover, it’s about insecurity. And many a time, the mother is unknowingly doing it but can't accept the fact. It's not that the mother feels that Dev does not love her. But she is pretty shaken up by the insecurity and just can't accept the fact that she is insecure. The whole story is about the journey from being a good mother to a mother-in-law.

Why so many insecurities?
I think it is very common. Even I’m a daughter-in-law of someone. I have seen the bonding of my husband (Sachin Pilgaonkar) and mother-in-law too. The son is not only son but also a husband. So he always stuck up between mother and wife (giggles).

Aren’t you bored by only essaying typecast mother roles in your career?
Well, I am not bored because in this show, for the first time, I’m playing a mother of a son. Till now I have donned the role of a mother who had daughters. Coming to son it is different. Even at the starting of my career, I did roles of a mother. In real life, I’m a mother too, so those motherly instincts always worked with me. I’m not at all bored of playing the role of a mother; it is just that the role should be strong enough. At the same time, I’m not passionate towards my work so I’m not bored.

No passion towards work, then how did you tread such a long journey?
I want to work. But I’m not some crazy actor who seeks work every time. If I get any role I will do if not I’m OK with it. Although I’m an actor for all but in reality I’m a wife, mother, daughter-in-law and daughter of someone. I’m busy crafting my house too. I just work and give two thousand per cent if I like the role. If not I just work mechanically, because I gave my acceptance to do so.

Do you think this show will stand out from the rest?
I think it is standing out also. People are speaking about it. It is the story which happens normally in every house.

Does your husband Sachin help you in choosing the roles?
Yes, I do discuss with him the about the shows that are offered to me. But for this show I accepted and I informed him later. Initially, I didn’t want to do this show. But due to an old friendship, I just went and heard the story. The minute I heard the concept I said: “I want to do this.” When I shared the same thing with Sachin, he said “Yay. Good.”

Your daughter Shriya recently debuted with Shah Rukh Khan in ‘Fan’, how does it feel?
I’m overwhelmed. I have seen her Marathi film, where she is too good and now coming to ‘Fan’, Shriya did not tell us till she got selected. She said every person doesn’t get a chance to work with Shah Rukh Khan, so she signed the film. Although she is not a lead actress but she played a pivotal role. The difference between me and my daughter is that she is very much passionate about her acting career which I’m not.