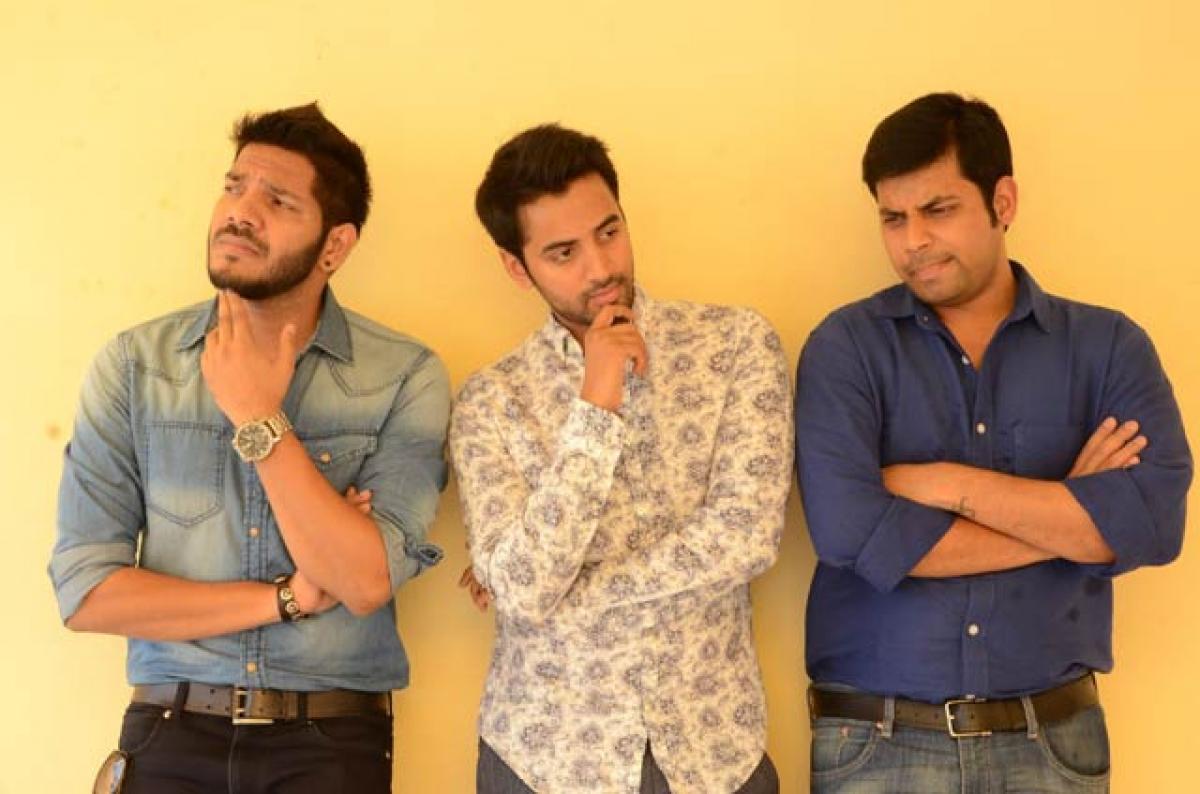 Debutant director Krishna Kishore, who worked with Suresh Productions and the now defunct RR Movie Makers, describes his film, ‘Raja… Meeru Keka’, which had its muhurat recently in Hyderabad, as a thriller packed with surprises.

“It’s the story of a three happy-go luck chaps who due to an unfortunate incident are made to kidnap someone. The follow-up events are told in a thrilling yet entertaining way. It has also an underlying message,” Kishore shares about the film, an M Rajkumar production. Suresh Productions is presenting it.

Revanth (‘Intinti Annamayya’ fame), Noel and Hemanth are playing the three friends while the hunt is on for a female lead. Ask him why he roped in Revanth whose first film is still languishing in the labs and he reasons, “I was looking for someone who looks like software professional at the outset. Also, I wanted his eyes to have that innocence factor. Revanth matched my vision aptly.”

The director is planning to start the cameras rolling from May 9 and wrap up the film in 45-50 days. “It will be shot in Hyderabad completely over two schedules,” he informs. He is happy that Suresh Productions has decided to associate with the project. “If it wasn’t for Mr Suresh Babu’s support, the film wouldn’t have got a launch. Also, I’m equally happy with the support and freedom that producer Rajkumar is lending to the film.”