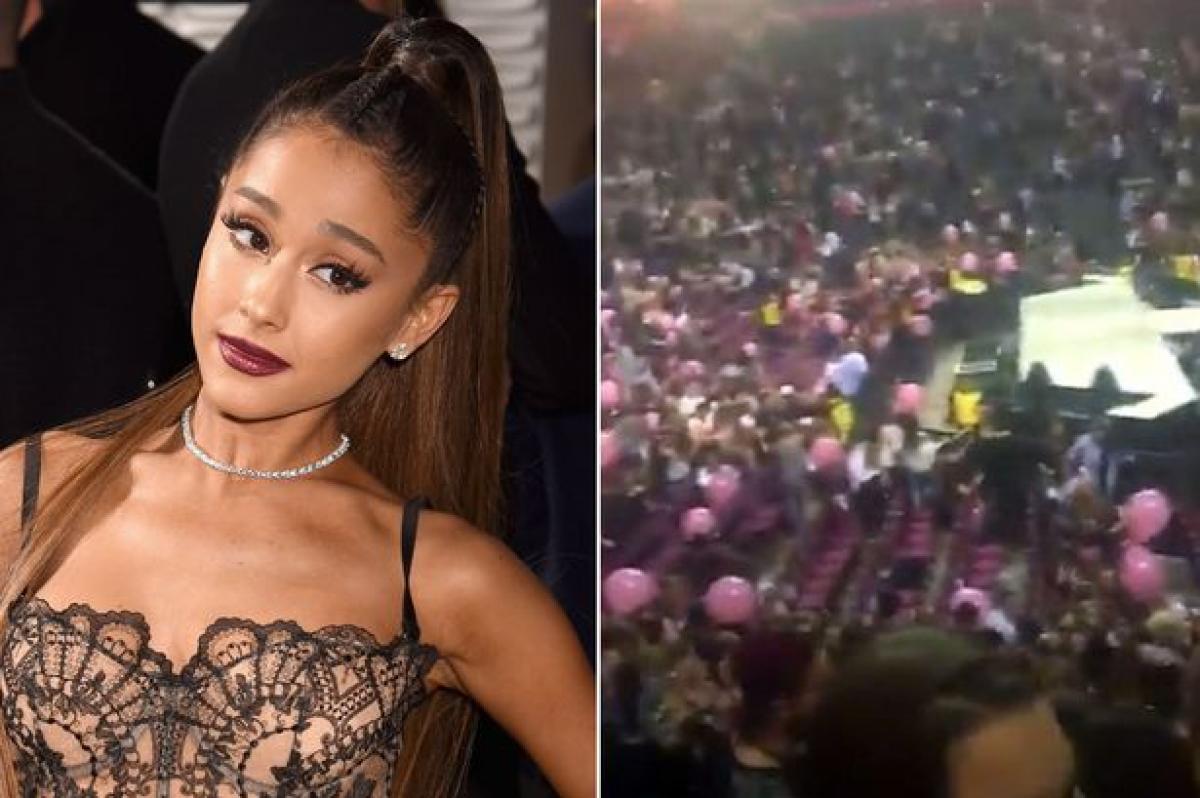 American singer Ariana Grande says she is \"broken\" following a suspected terror attack at her concert in a stadium here. At least 19 persons were killed and 59 injured in the blast, media reports said.

London: American singer Ariana Grande says she is "broken" following a suspected terror attack at her concert in a stadium here. At least 19 persons were killed and 59 injured in the blast, media reports said.

"Broken from the bottom of my heart. I am so sorry. I don't have words," Ariana tweeted on Tuesday.

Police were called to reports of an explosion at the Manchester Arena at about 10.35 p.m. (local time) following the pop concert, the BBC reported.

Sources said that while the cause of the blast in unknown, the North West Counter Terrorism unit was treating it as a possible terrorist incident.

There was a second suspect device near where the first explosion occurred. Reporters were moved away from the scene and a controlled explosion has taken place.

The area has been evacuated while authorities investigate the blasts. Emergency services and numerous ambulances were dispatched to the stadium area, where some 20,000 people were on hand to see Grande perform.

Some of the concert-goers uploaded videos to the social networks showing people fleeing the area and screaming after the blasts.

Train service was suspended at Manchester's Victoria Station, which is next door to the stadium, and all transport lines were reportedly cut by the authorities after the incident.

Although the explosions sparked screaming and panic among the concert crowd, a spokesman for the singer said she was not hurt.

Manchester Arena, formerly known as the MEN Arena, is the biggest indoor venue in the city with a capacity of around 18,000 for concerts.