Back to School gets exciting with Cartoon Network’s programming 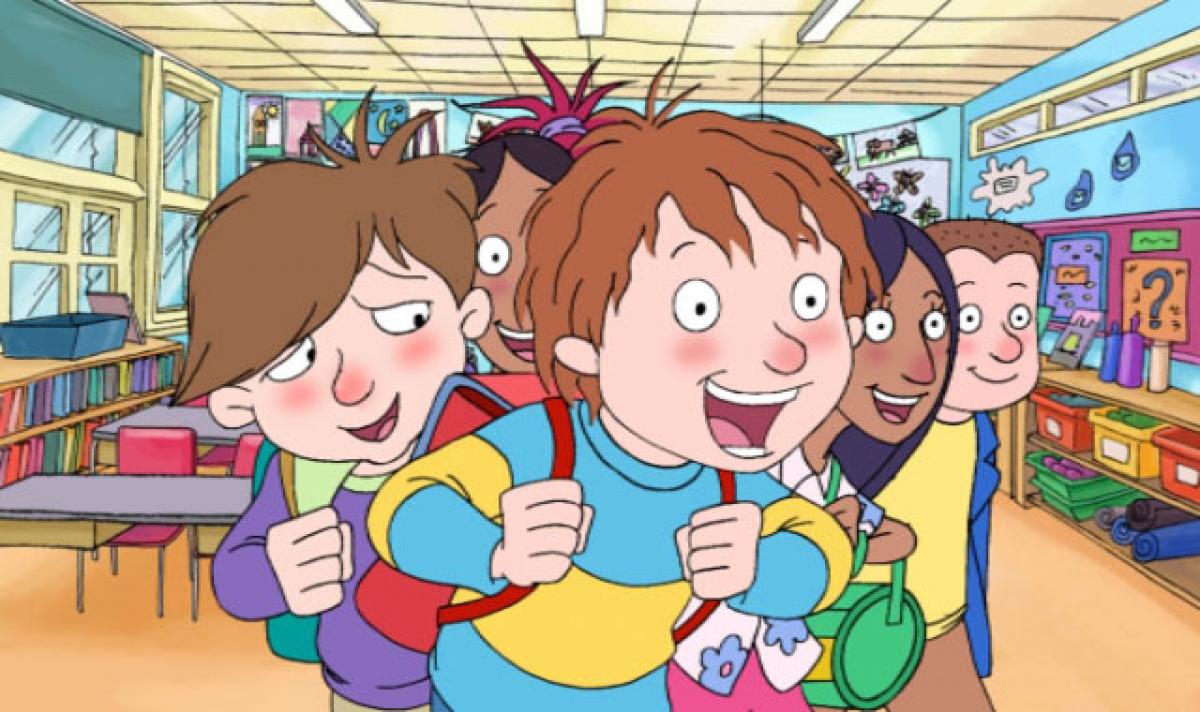 Children can now enjoy their time after school with new shows and exciting episodes of Mighty Magiswords, We Bare Bears, and Bas Karo Henry.

It’s time to pack your backpacks and sharpen your pencils as summer comes to an end and it’s time for school! But don’t worry, Cartoon Network is getting ready to give you an awesome Back-to-school adventure! Cartoon Network’s amazing line up of new shows and series which include action packed adventures, stories about friendship, incredible stunts and comedy at its best is going to make going back to school more exciting than ever!

Children can now enjoy their time after school with new shows and exciting episodes of Mighty Magiswords, We Bare Bears, and Bas Karo Henry. Kris is all set to enthral its viewers with a special series, Father’s Day celebration and back-to-school stunts.

Cartoon Network’s new superheros, the twin brothers are back- Vambre and Prohyas, who embark on manic missions as spies, princess protectors and house-sitters. It’s a definite comedic expedition using their Magiswords—weapons with exceptional and puerile powers. These twins are out there to flaunt their ability to throw tomatoes or create stones with their magical wand. Don’t miss it!

Tune in to know what more happens in Might Magiswords, every Saturday at 10.00 a.m. The terrific trio of the Bear brothers is back, to entertain its favourite audience. Grizz, Panda, and Ice Bear are just trying to find their way to fit in this civilised world. The bears who are also ice-cream lovers are trying to find some of their favourite flavours of ice cream (or fat free frozen yogurt, if possible) as they proceed.

Every episode of We Bare Bears is a crazy one; don’t forget to watch out for the next one, only on Cartoon Network at 4 pm, Monday to Friday, starting on 19 June. Cartoon Network is all set to air special episodes of Bas Karo Henry and help resolve the problems Henry deals with on a regular basis.

Henry is a little boy who feels life isn’t fair to him, as he has this near perfect brother, Peter. It's Henry against the rest of the world. Watch out to know how Henry copes up with everything that happens around him, in brand new episodes, Monday to Friday, from 3.30 pm.

The channel has also mapped out engaging stunts to keep the kids on their toes with The Big Summer Ride, the channel brings you the best of shows like Roll No 21, Kiteretsu, Larva and more every day. Watch your favourite shows back to back and entertain yourselves.

Tune in everyday till 11 June 2017, 9 am onwards. Kris is also bringing together a fantastic stunt to make the kids feel better about heading back to the world of education. Watch out for more, Monday to Friday, from 1 pm from June 12 to 16.

Chakra and Mighty Girl will defend Earth's honor through their wit and grit. They will have to face powerful entities known throughout the galaxy as Thunderpunch and his elemental brethren. Watch Chakra: Mystery of Mighty Girlas they get together for a fun adventure! Catch them on June 24 from 11 am on Cartoon Network!

What better way to celebrate Father’s Day than with the Kid Krissh movies? Our nation's favorite and homegrown superhero is all set to enthral you with his thrilling adventures to Bhutan, Mongolia, Africa and so on. He vows to destroy all the evils but will he make it? Watch the fantastic line up of Kid Krissh movies on June 18 from 11 am onwards only on Cartoon Network.