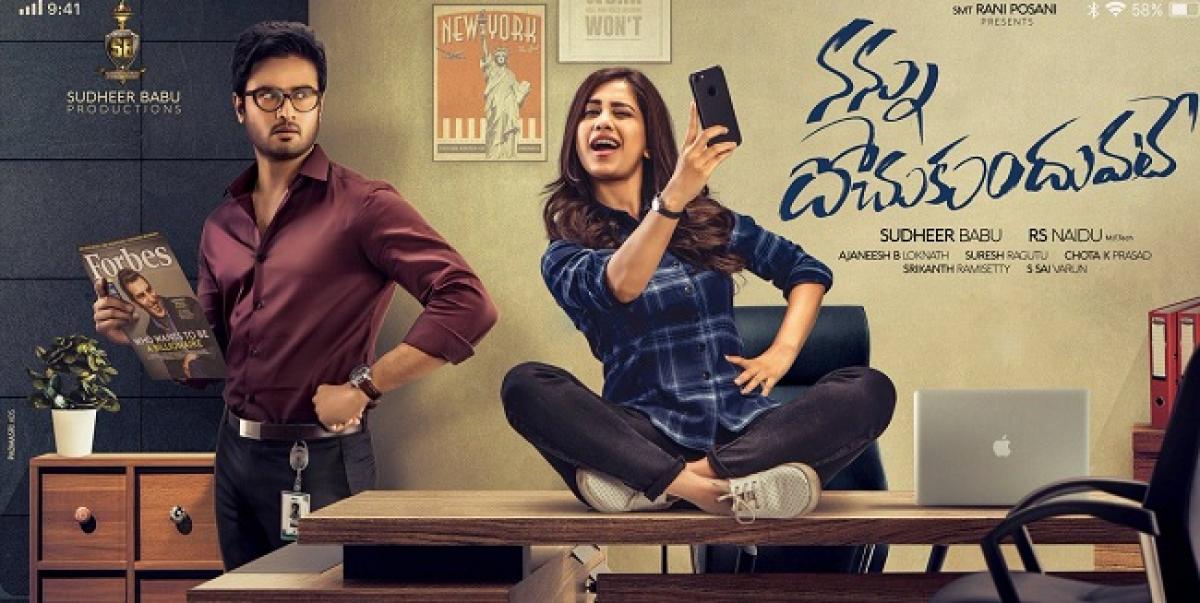 Sudheer Babu decided to take up romantic subjects after his previous movie Sammohanam became a moderate success for him.

Now, he is producing a romantic film, Nannu Dochukunduvate and acting as a lead in it with Nabha Natesh as leading lady.

The film also has an ensemble cast like Shanmukh, Pridhvi, Viva Harsha, Varshini and others. The music is given by Anjeesh Loknath of ‘Kirik Party’ fame. Suresh Ragutu handled the camera department while Chota K Prasad edited this film.

With no big releases this weekend, ‘Nannu Docukunduvate’ promises to be a fun-filled entertainer.

Here is the twitter review about the movie to know how public are feeling about it.

Congrats to the team, did not get bored of it any moment