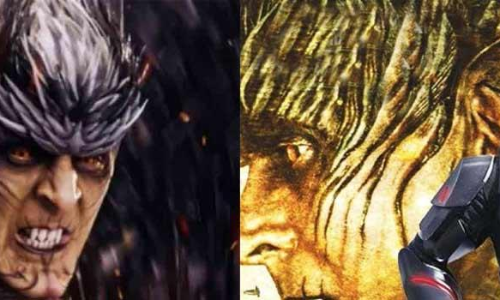 Rajinikanth 2 point 0 Movie Review and Rating Back in 2010, ace director Shankar and superstar Rajinikanth brought a visual wonder in front of us with the title Robo The movie became the biggest blockbuster at that time Now, touted to be the sequel of Robo, Shankar and Rajnikanth collaborated with Bollywood star Akshay Kumar and came up with 2O The film has been carrying the decent

Back in 2010, ace director Shankar and superstar Rajinikanth brought a visual wonder in front of us with the title 'Robo'. The movie became the biggest blockbuster at that time. Now, touted to be the sequel of 'Robo', Shankar and Rajnikanth collaborated with Bollywood star Akshay Kumar and came up with '2.O'. The film has been carrying the decent buzz among the audience and trailer of the film has received the thumping response from the audience. With Amy Jackson as the female lead, the film got postponed several times and finally made it into the theatres today on November 29th. Let's see if '2.O' can break the records set by its prequel or not.

Story:
The film is a war between the human and a fifth force. Pakshi Raju (Akshay Kumar), an Ornithologist seeks revenge on human force who he feels is responsible for the end of birds species. How did Dr Vaseekar (Rajinikanth) and Chitti put an end to him? Is the film's story.

Performances:
No need to mention that Rajnikanth is undoubtedly a superstar for a reason. His might be more than 60 but his energy is nothing less than a 30-year-old. His excellent performance is one of the major factors that impresses the audience. Whether it comes to acting as a scientist or a robot, Rajnikant has delivered the best performance. Akshay Kumar is indeed an asset to the film. He has delivered a wonderful performance. Despite playing a powerful and evil character, Akshay Kumar has gone beyond the expectations with his eye-grabbing performance. Amy Jackson looked extremely beautiful in the film. Not only Chitti but also the audience will definitely fall in love with her. She did a great job. Sudhanshu Pandey is good in his role. Adil Hussain justified his role. Kalabhavan Shajohn is also good and Riyaz Khan performed well.

Technical Aspects:
Shankar is undoubtedly one the most talented, creative and imaginative directors in South and he has proved it again with this film. His amazing storytelling skills will make us stick to the chairs. His narration is exceptional. Though the story has a lot of twists and turns, Shankar did a splendid job. The visual effects are topnotch. The film is an eye feast for the fans. The film should be watched in 3D only to get the best experience. Production values by Lyca Productions are awesome. Cinematography by Nirav Shah gets more brownie points. His camera angles are wonderful. The visuals came out grand and smooth. Music by AR Rahman is too good. Two of the songs are good. BGM is marvelous. Editing by Anthony is perfect. Runtime is crisp.

Verdict:
Shankar wasted no time and directly gets into the point from the first frame itself. The fun factor is missing when compared to the prequel. The first half is engaging and impressive. Shankar mark emotional scenes will be the highlight. The story of Akshay Kumar is heart touching. The second half maintains the same pace and Rajinikanth dialogues are superb. Though the film felt patchy at some blocks, Shankar managed to cover them up with his gripping narration. The last 30 minutes of the movie is a visual delight. The extraordinary visual effects will be the show stealer. We can conclude that '2.O' is the biggest winner with a powerful message, beautiful performances, and exhilarating visual effects.