Ravi Babu’s Next is Aaviri, Check out the Poster 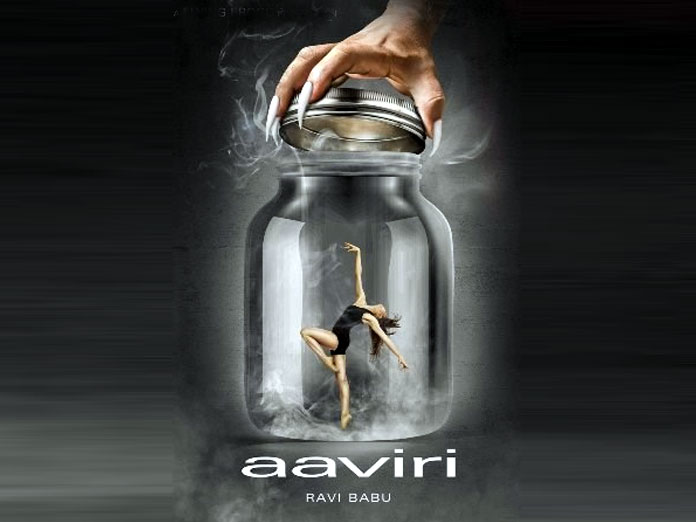 Tollywood actor and director Ravi Babu is known for his out of the box thinking and creative ideas is out with yet another horror flick titled Aaviri and the first look poster for the film is out.

The poster showed a girl in a sleeveless top and black boxer inside a bottle and a hand with claws appearing on the top. Ravi Babu himself is producing the film on his Flying Frogs banner.

Many are under the impression whether Ravi Babu is trying out a completely different genre. People say Ravi Babu is an experimental filmmaker and irrespective of the results of his projects he will not come out of his creative track.

Last year he surprised all with a film on a piglet, Adhugo. The film attracted the attention of all ever since its announcement but fizzled out after its release.

Earlier Ravi Babu scared away with horror flicks Avunu and its sequel Avunu 2 and in between came with a comedy caper LadduBabu.

Ravi Babu is keen to create a sensation with Aaviri in 2019 and those who look for different genre films are praying for Ravi Babu’s success on screen.