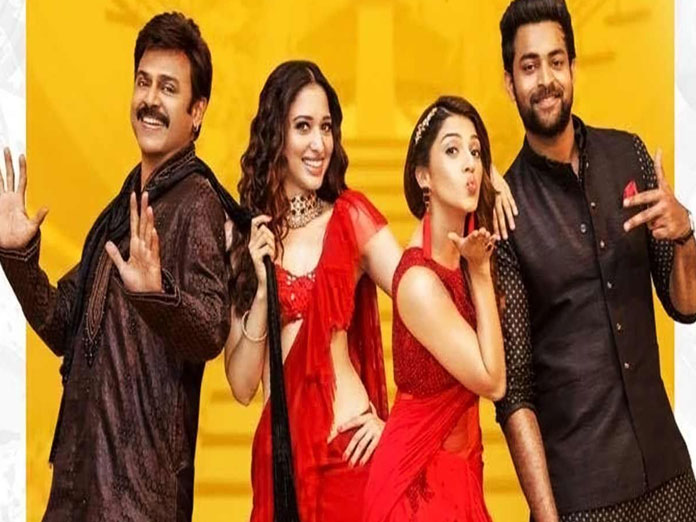 Although seasoned star Venkatesh was back in his elements in his latest blockbuster F2 and pulls off a regressive theme of henpecked husbands and bragging wives with his comictiming but film fraternity is divided about the content and treatment Despite the funcentric movie rocking the box office in two Telugu states with more than Rs 50 crore collections,

Although seasoned star Venkatesh was back in his elements in his latest blockbuster ‘F2’ and pulls off a regressive theme of hen-pecked husbands and bragging wives with his comic-timing but film fraternity is `divided’ about the content and treatment. Despite the fun-centric movie rocking the box office in two Telugu states with more than Rs 50 crore collections, but the clichéd theme pours water on the efforts of new-age makers like Sukumar and Nag Aswhin, who took Telugu cinema to the next level with ‘Rangasthalam’ and ‘Mahanati’ respectively along with realistic fare ‘Kancherapalem’ last year.

“The clichéd tale of hen-pecked husbands and bragging wives reminds us of films made twenty years ago and pushed the clock back by two decades. It reminds us EVV Satyanarayana kind of movies which showed women in poor light,” says distributor Vishnumurthy. While producer N Padmini adds “Agreed that it was meant to be comedy film but even then showing women drinking and losing their inhibitions. And husbands going weak in their knees after seeing their wives in bikinis is nothing but objectifying women.

Are women confined to their bodies,”asks Padmini who says Tamananah’s role takes off well showing her as a go-getter in her professional life but once she gets married, she loses her individuality and turns a bragging wife overnight. “Tamannaah becomes normal housewife after marriage and depends on her husband even for washing powder. These contradictions in her characterization make her role more of a caricature. Less said the better about Mehreen’s contrived innocence about trying to be a singer and dancer without even knowing the basic skills and her unrealistic ambitions touch the wrong nerve. The director could have etched out these characters better,” adds producer Radha Rajeswari.

Another pertinent question arises about the change of location of protoganists-Venkatesh and Varun Tej- who choose Europe to stay away from their spouses. “They could have moved to any location even in India because their purpose is to make their wives repent for pestering them over petty issues. Probably, Europe to allow the actresses to walk in a bikini, only director would know that better,” says distributor Bharat Bhushan.

Finally, the resolution to the story- how the husbands understand the value of their better-halves-looks forced than being played out more logically and with proper transition blocks. “May be, Venkatesh and Varun Tej want to re-unite with their wives because they were looking hot and getting married to someone else, rather than showing scenes of heroes missing their wives in terms of taking decisions and also for causing a vacuum in their respective lives after walking out of their homes. The whole conflict is resolved with just a few repenting dialogues on a crippling bridge,” concludes distributor Ramakrishna.